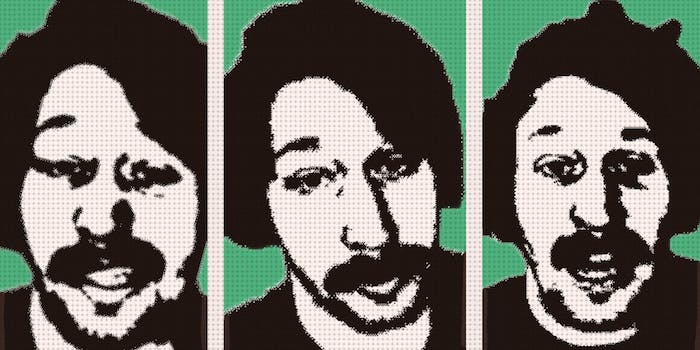 Vine and the art of 6-second comedy

The comedy on Vine hits hard and low, with all of the subtlety of a kick in the groin.

In comedy, timing is everything. It’s all about the anticipation and delivery, playing off of expectation and striking when the moment’s right.

With just six seconds to work, Vine doesn’t leave much room for error. But as with Twitter, whose 140-character limit spurred its own brand of online humor, the mobile video app has given rise to a new crop of amateur comedians who are using its time constraint in their favor.

The comedy on Vine hits hard and low, with all of the subtlety of a kick in the groin. The best ones are self-contained and meant to be played for a couple of loops to maximize the impact. (Vines repeat ad infinitum like an animated GIF.)

Even with the arrival of Instagram Video, which emphasizes memories over creativity, comedy on Vine has continued to flourish. The Facebook group Best Vines, which spotlights clever videos, has more than 1.4 million fans, while its recent 2013 compilation has close to 2 million views. The more popular users have follower bases well into the hundreds of thousands (and in some cases more than a million).

“Vine is a lot of problem solving,” Max Burlingame, who gives facetious tutorials on Vine as whoismaxwell, told the Daily Dot.

The “problem” is always one of condensing—figuring how to achieve the maximum effect in minimal time.

“I count the syllables in every line and try to rephrase the line to be more compressed but with the same amount of comedy,” Burlingame said.

Burlingame spends hours on each vine: planning video, enlisting friends to help, and carrying out several dry runs to perfect the timing.

“It’s an awful process,” he said. “If I don’t initially laugh at a vine when I’m done recording it, I delete it right away, then do a retake and realized that I actually did like the one before. At that point I’m screwed.”

But the return on investment lasts far longer than mere seconds. Burlingame has more than 185,000 followers and a portfolio worthy of Saturday Night Live.

The range of humor on Vine is surprising. Jerome Jarre has a whole series where he films awkward interactions with strangers in public places. Actor Will Sasso has a running gag on Vine in which a lemon magically appears in his mouth and he spits it across the room.

Simon Rex, the former MTV VJ created a number of alter egos, including Contradiction Rick (who contradicts himself with every statement) and his twin brother Steven. The latter even has his own Vine account, from which we can see battles with Rick from his perspective.

That sort of meta humor runs deep on Vine. Artist Marlo Meekins started #everybodyspurts meme, in which users drool fake blood in some form or fashion while listening to R.E.M.’s “Everybody Hurts.”

Likewise, New York musician Nicholas Megalis has mastered the art of the song snippet, to the tune of 1 million followers.

“I eat a stale pretzel and see a ridiculously cute dog walking down the street and those are both my little songs,” he told the Daily Dot. “Anybody can sing a little song or do a little dance and share it with the world, because Vine put the power in our hands.”

It all boils down to how much you can cram into that six seconds.

“The shooting is the rehearsal. I shoot vines sometimes 10 or 15 times to get it right and then I publish the best one,” Megalis told the Daily Dot.

“[Vine] showed us that you can do so much with so little.”

Steve Martin once said, “Comedy is the art of making people laugh without making them puke.” On Vine, you can achieve both.