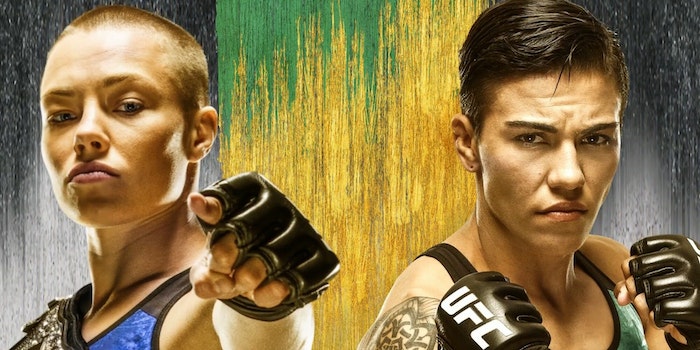 Everything you need to know about UFC 237

Local legends will step inside the octagon—and some perhaps for the last time.

In what’s become an annual tradition, UFC returns to Brazil for one of its biggest pay-per-view events of the year, stacked with fights you won’t want to miss.

UFC has hosted nine pay-per-view events in Brazil since 2011 and has history in the country dating back to 1998’s Ultimate Brazil. Fortaleza hosted UFC Fight Night in February for the rematch between Assunção and Moraes, and the promotion’s set to return to São Paulo in November.

UFC’s strong ties to Brazil have as much to do with its rabid fanbase and the deep history of Brazilian jiu-jitsu as it does the sheer level of talent the country produces. The main event card for UFC 237 is stacked with Brazilian stars, most notably Jessica Andrade (challenging Rose Namajunas for the strawweight title), middleweight Anderson Silva (taking on Jared Cannonier), and no. 1 ranked featherweight José Aldo (facing Alexander Volkanovski).

Here’s everything you need to know about UFC 237, including the full fight card and how to watch online. 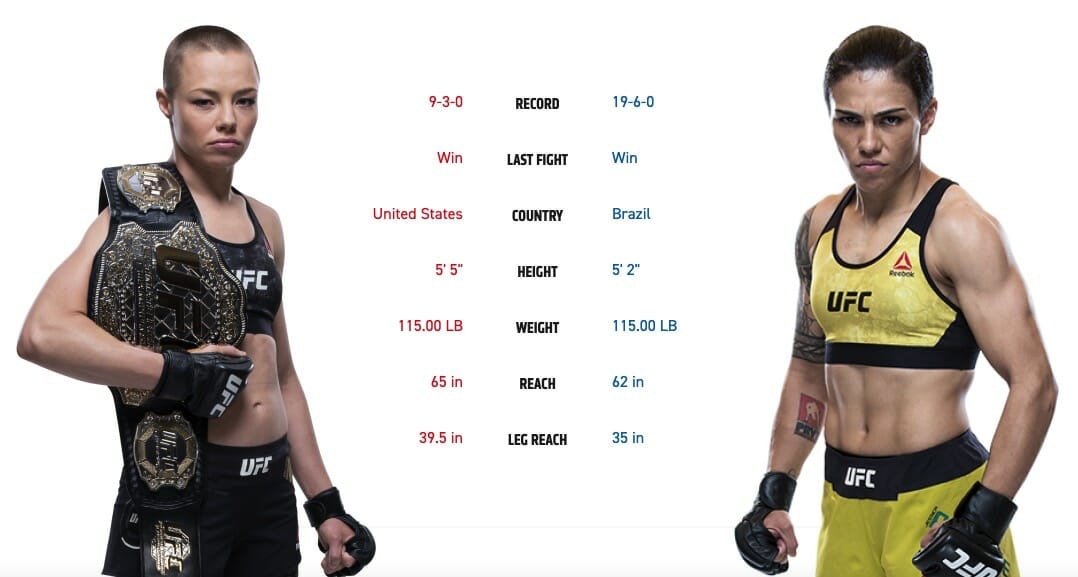 Rose Namajunas (9-3-0) is taking the fight to Jessica Andrade (19-6-0)—literally. The strawweight champion had a few options on the table and chose to face the no. 1 contender in her own backyard.

“It’s an honor to be here,” Namajunas said in a press conference last month in Rio de Janeiro. “This is the hometown of MMA, Brazilian jiu-jitsu, and it saved my life and enhanced the lives around me. That’s the least I can do is put on a great show for the fans here and show my appreciation for y’all.”

Asked if she was concerned at all about entering hostile territory, Namajunas appeared calm and confident. “I’m going to do what I do in all of my fights: I punch ’em in the face, take her back, and choke ’em out.”

Namajunas has shocked the world once already—with her stunning knockout of then-undefeated champion Joanna Jedrzejczyk at UFC 217 in November 2017—and successfully retained her belt in rematch last April that she won via unanimous decision.

Namajunas is a versatile fighter and a submission specialist, and she’s spent the last year rehabbing and preparing for her next fight. But she’ll have her work cut out against Andrade, who’s getting her second chance at the title after destroying Karolina Kowalkiewicz at UFC 228 in September in under two minutes. Factor in Andrade’s hometown advantage, and this should be a thrilling bout. 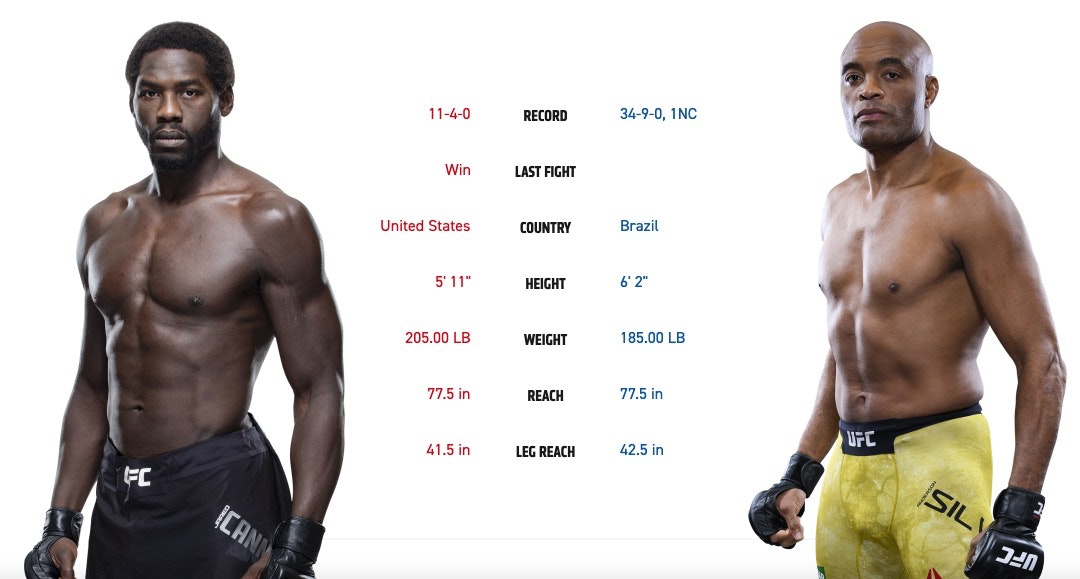 Brazilian legend Anderson Silva (34-9-0, 1NC) is looking for a storybook ending to his illustrious career. The former middleweight champion, now 44, has done it all in the octagon, and this is a chance to go out on his own terms and in front of a hometown crowd. He’s lost some of his edge, but as he proved UFC 234, where he lost via unanimous decision to Israel Adesanya, he can still compete at a high level. Just don’t expect any nostalgia from Jared Cannonier, who’s trying to climb up the middleweight ranks and has a legitimate shot at retiring an icon. 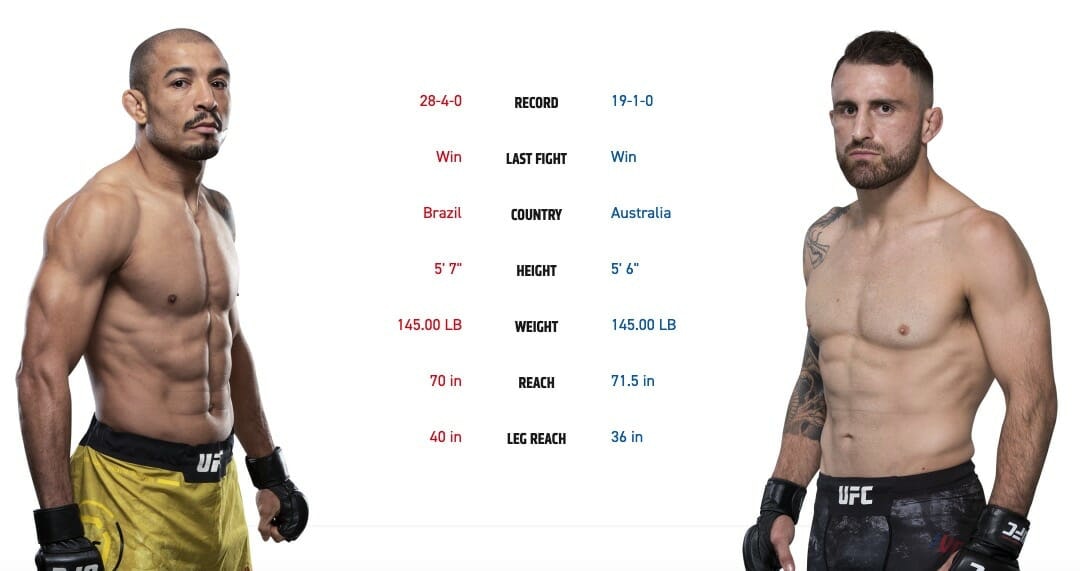 The stakes are obvious in this one: The winner of José Aldo (28-4-0) vs. Alexander Volkanovski (19-1-0) should be next in line to face featherweight champion Max Holloway. Aldo, considered by some to be the greatest featherweight in MMA history, is the no. 1-ranked contender and the obvious local favorite—and he’s desperate for one more shot at the champ. But Volkanovski has been on an absolute tear since entering UFC in November 2016. He’s on a 16-fight win streak that included a technical knockout of Jeremy Kennedy, unanimous decision against Darren Elkins, and second-round technical knockout of Chad Mendes at UFC 232—all in 2018. 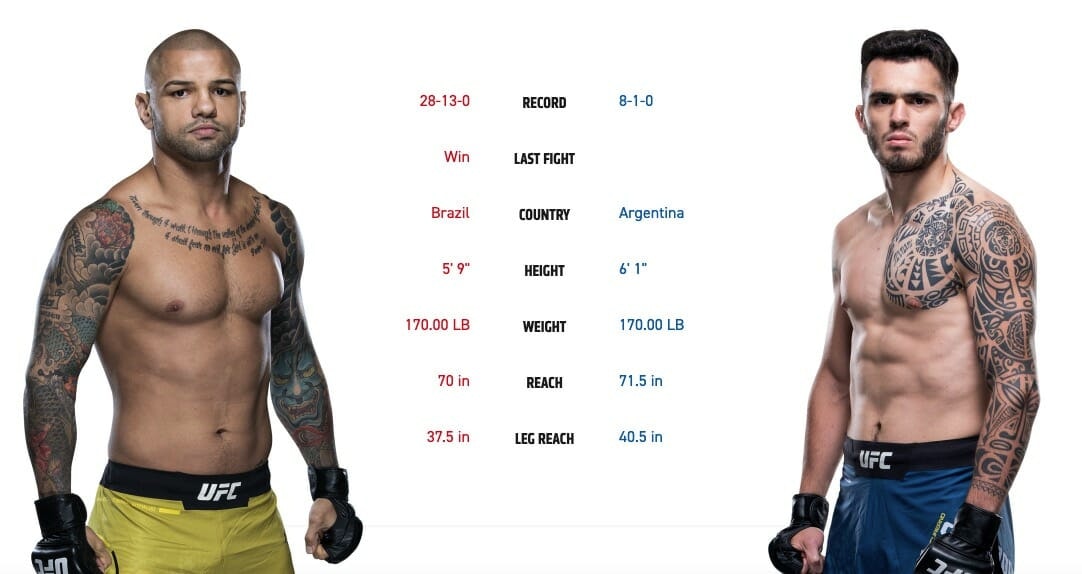 After defeating Max Griffin on a split decision at UFC Fortaleza in February, Thiago Alves (28-13-0) gets another chance to fight in front of his home country versus Argentina’s Laureano Staropoli (8-1-0). While his record as of late has been checkered, Alves has had an impressive career, once challenging for the welterweight title back in July 2009 at UFC 100. While Alves will certainly have the crowd on his side, Staropoli has more momentum going into the bout, with six straight wins coming into the contest. Staropoli is still a relative newcomer in UFC, but he proved he has stamina with his unanimous decision over Hector Aldana in his debut in November. 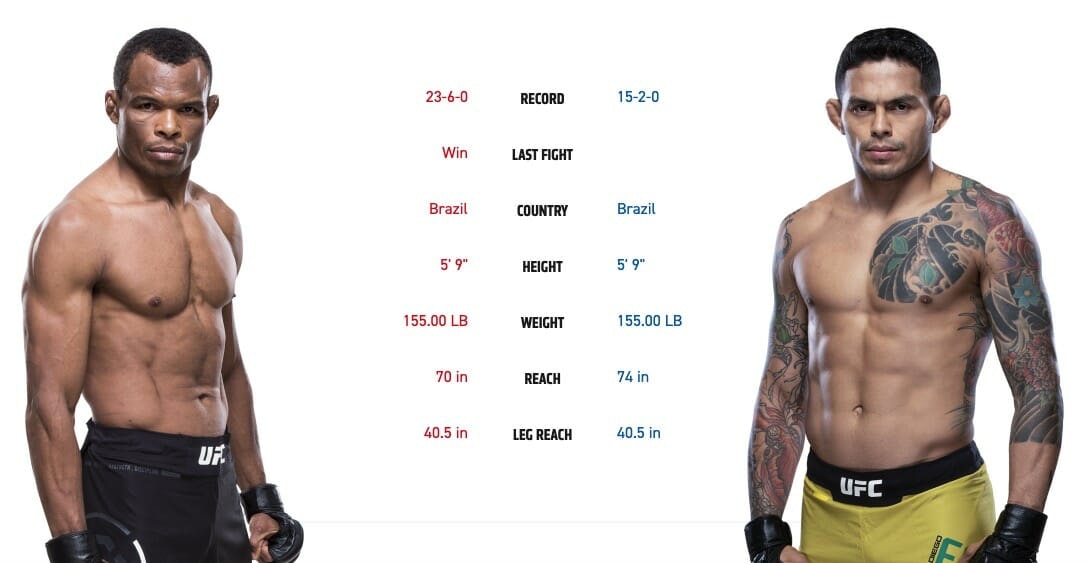 Francisco Trinaldo (23-6-0) and Carlos Diego Ferreira (15-2-0) both hail from Brazil and are looking to claw back into the larger conversation in the lightweight division. Since his return in 2018, after a 17-month suspension for doping violations, Ferreira has looked impressive, with two TKOs in 2018 and a unanimous decision against Rustam Khabilov at UFC Fight Night 145 in February. Trinaldo, by contrast, has had an uneven past two years, going 2-2, but he knocked out Evan Dunham in his last match at UFC Fight Night 237 in September. At age 40, Trinaldo has to prove he still has something left in the tank. 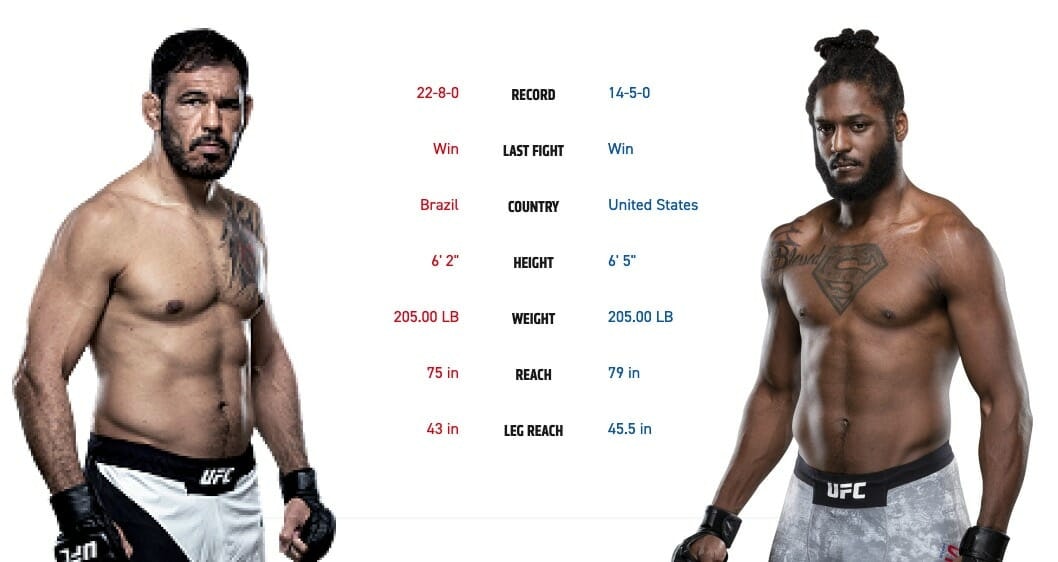 While he’s always been in his twin brother’s shadow, Antônio Rogério Nogueira (22-8-0) has left his own mark on UFC. In his first fight back from a lengthy hiatus, Nogueira knocked out Sam Alvey in the second round at UFC Fight Night 137 in September. Now 42, the former bronze medalist (at the 2007 Pan American Games) returns home for what could be one of his last battles inside the octagon. He faces Ryan Spann (14-5-0), 15 years his junior, who made his debut at that same Fight Night, earning a decision victory over Luis Henrique. 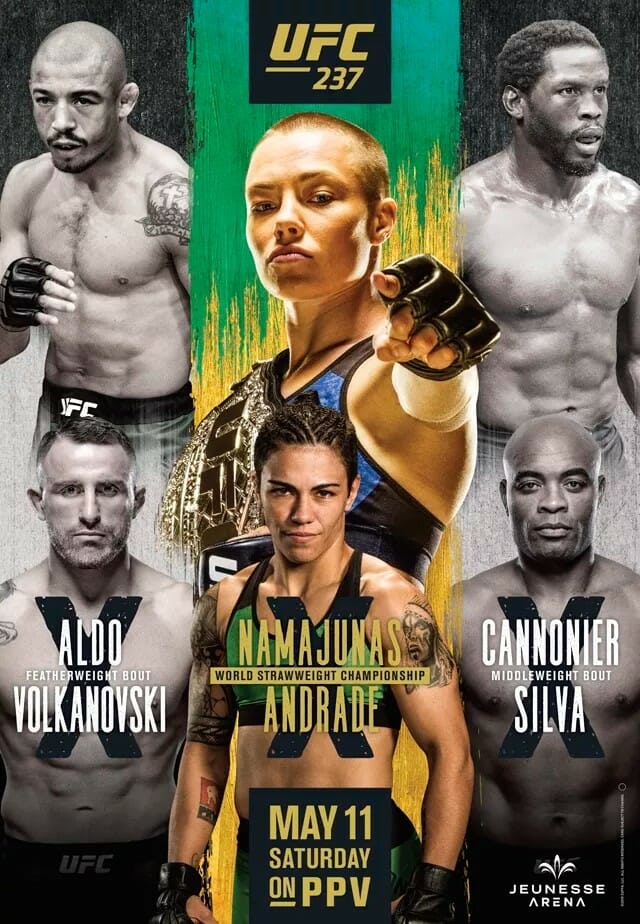 UFC 237 is available exclusively on ESPN+, the network’s new standalone subscription service. It operates as part of the ESPN app, which you can download on any of the devices listed above.

You have two options for purchasing UFC 237: You can pay $59.99 for UFC 237 or you can get a full year of ESPN+ for free by paying $79.99. Here are a few reasons you might want to consider the upgrade: ESPN+ exclusively hosts 20 UFC Fight Nights per year. That’s nearly two events per month, which makes it easy to justify. You’ll also be able to watch UFC Destined, Ariel & the Bad Guy, and Dana White’s Contender Series

But there’s more to ESPN+ that just UFC. Your subscription will let you stream Top Rank Boxing matches you won’t find anywhere else, along with daily MLB games, roughly 250 MLS games, and a ton of college football and basketball. ESPN+ is also where you’ll find the complete 30 for 30 catalog. 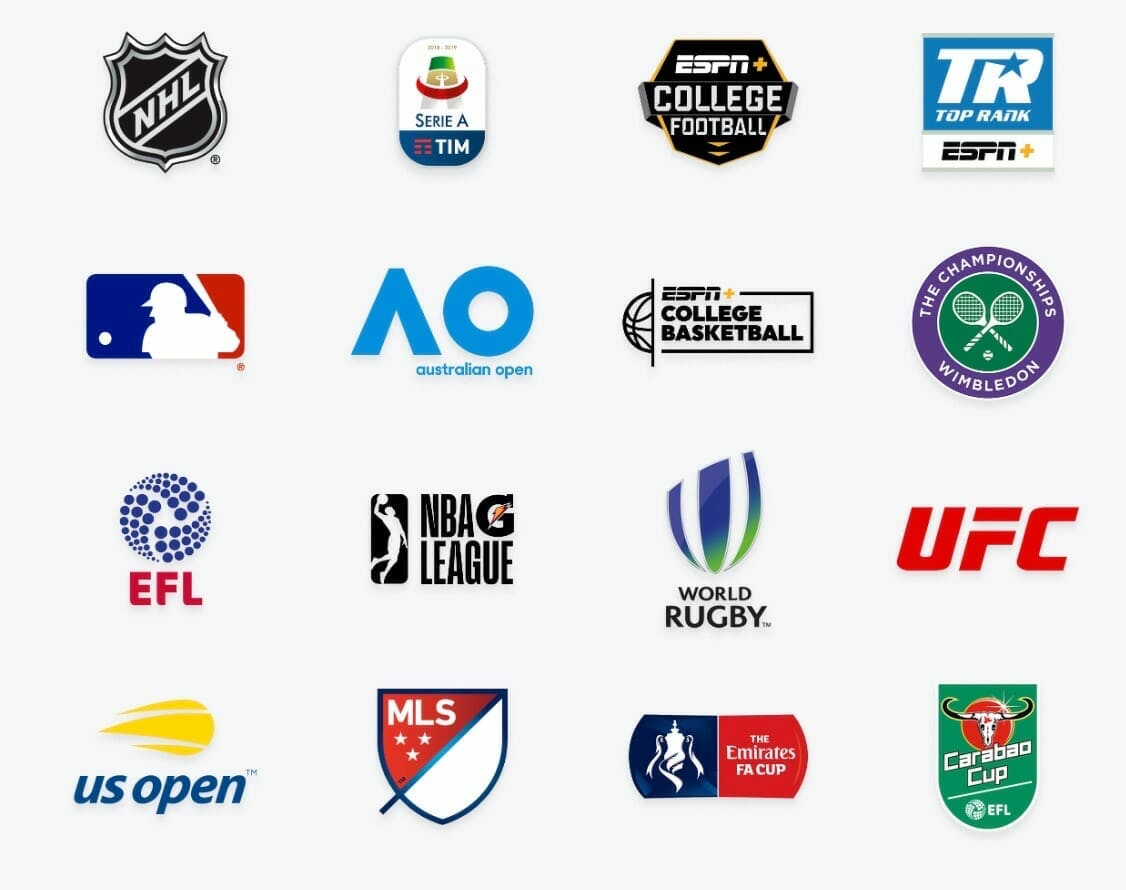