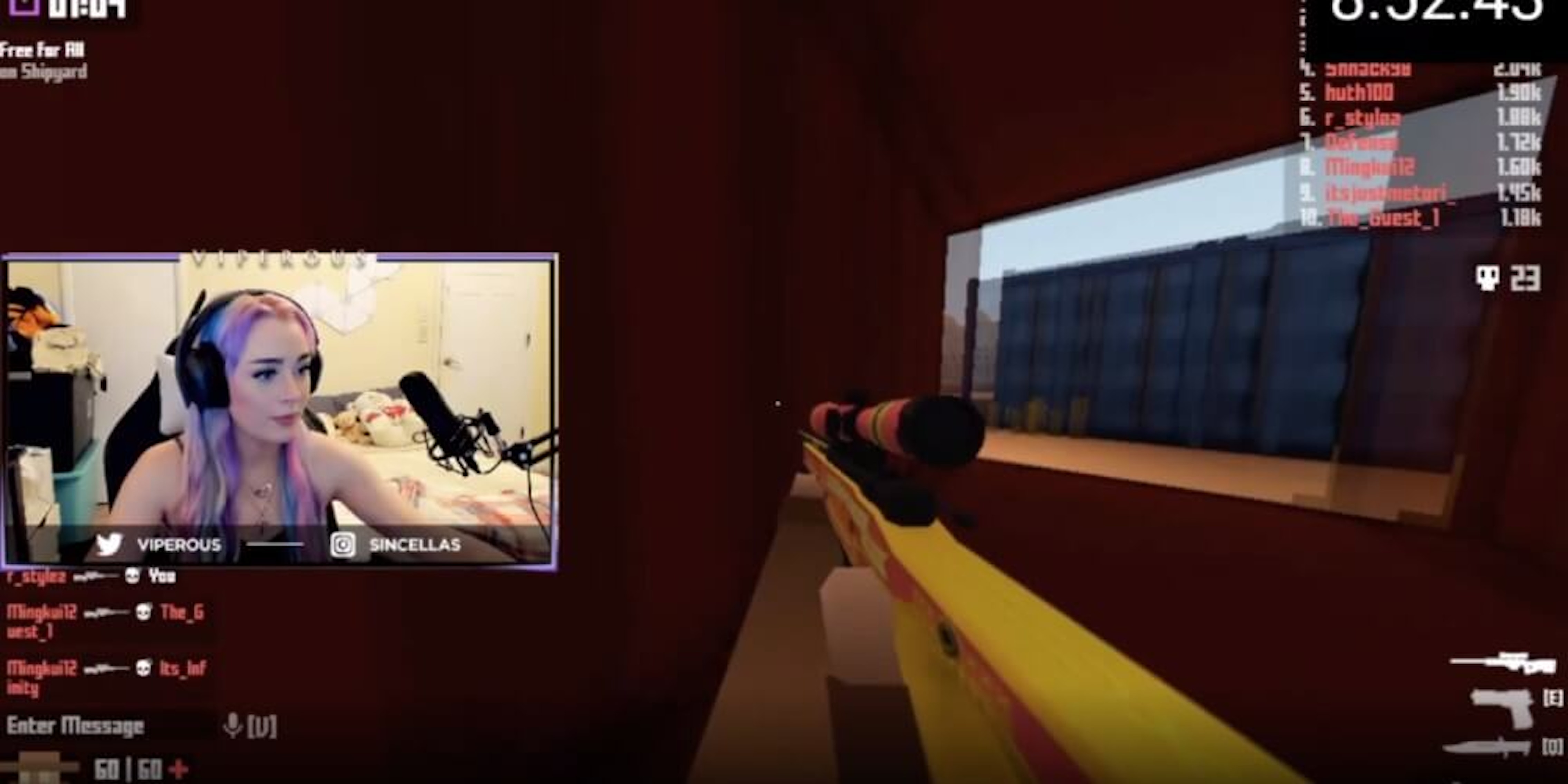 She claims it was just the word 'nerd.' But fans aren't so sure.

Twitch last week suspended popular user Viperous for allegedly using the N-word while live-streaming her gaming. After the suspension, Viperous took to Twitter to defend herself, saying she had said the word “nerd.”

Twitter and Reddit users have widely shared a video clip of the incident, debating back and forth what Viperous really said. Twitch suspended the streamer, who had over 10,000 followers and is known for playing Fortnite, for a week.

“I just got banned on Twitch for a clip of me that went around for literally saying “nerd”. I call people who kill me nerd all the time and whatever it sounds like i said, it was literally just nerd. Why am i getting banned for something I DIDNT EVEN DO,” Viperous tweeted on Saturday.

In Viperous’ defense, some have shared a slowed-down version of the clip, claiming that the word “nerd” is more obvious. The streamer said it was her accent that makes the word sound like a racial slur. She added that she often calls people “nerds” while playing.

I know i said nerd, and anyone who thinks otherwise please look at this video below.

It was just an unfortunate clip of my accent :( https://t.co/dQoyJkbcwq

YouTuber John Scarce, who has more than 2 million subscribers, also posted in Viperous’ support. In his videos, Scarce often comments on YouTube drama and news. Viperous tweeted a clip of Scarce’s video to thank him.

“I feel so bad for this person because she clearly didn’t say anything wrong here, but Twitch just banned her out of the blue like this,” Scarce says in the video. “It’s so messed up.”

Some people on Twitter and Reddit say that despite her defense and the slowed-down video, they still hear Viperous say the racial slur.

But most of her followers say that the slow-mo video proves that she said “nerd” and that Twitch is playing favorites for suspending her.

They point to famous Twitch streamer Alinity Divine, who has almost a million followers and has evaded suspension in the past. Divine has been known for some controversial incidents like throwing her cat and spitting vodka into its mouth.

Salinity throws her cat, says the N-word and "accidentally" showed her ass on stream and only gets a slap on the wrist but @Viperous gets her channel banned for saying "Nerd" on stream? C'mon now