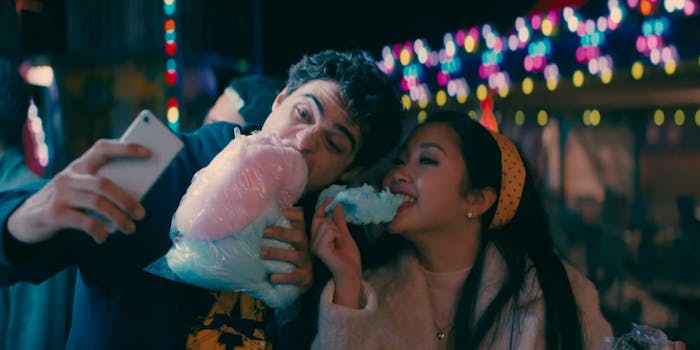 ‘To All the Boys: P.S. I Still Love You’ trailer teases a new love interest

Lara Jean and Peter are together, but that won't stop a love triangle from happening.

To All the Boys: P.S. I Still Love You is a mouthful, but it gives you a sense of what to expect in the anticipated sequel to 2018’s teen rom-com To All the Boys I’ve Loved Before.

The trailer for the Netflix film was released today, and shows us protagonist Lara Jean (Lana Condor) in bliss with Peter Kavinsky (Noah Centineo) after making things official. So the whole movie is just them being all cute together? Well, as the trailer hints, Lara Jean might fall for someone else: John Ambrose McClaren, who received one of her letters in the first movie, and is played by Jordan Fisher in the sequel.

The sequel was announced exactly one year ago, and fans were stoked. But the big question seemed to be who would play John Ambrose. Now the Team Peter/Team John Ambrose factions are forming.