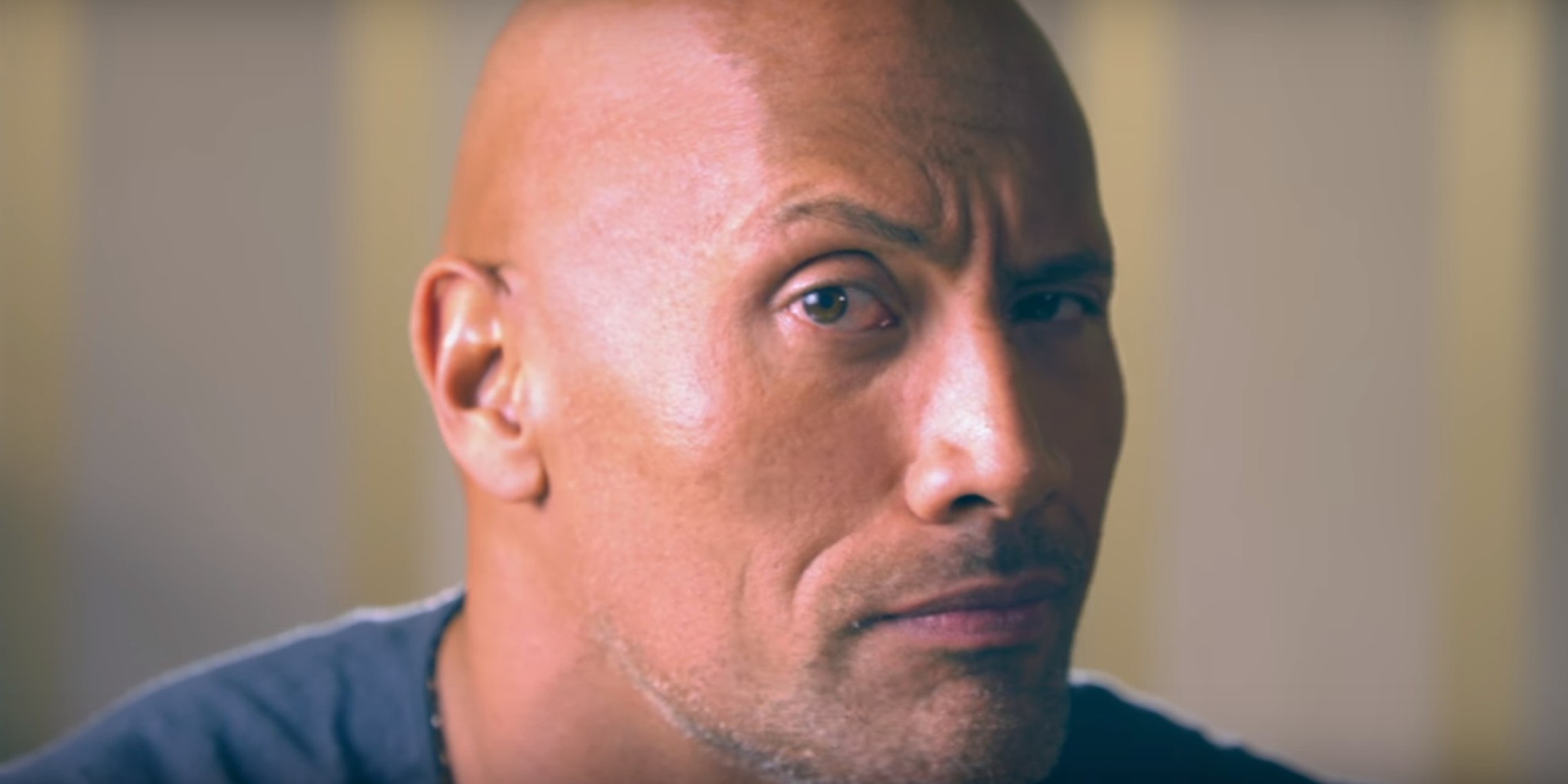 TMZ has a theory.

If you can’t smell what Dwayne “the Rock” Johnson is cooking, it’s co-star drama on the set of his latest film.

It started Monday evening, when the Fast and Furious 8 actor famous for his sunny disposition and supportive attitude Instagrammed something suspicious.

“My female co-stars are always amazing and I love ’em,” Johnson wrote. “My male co-stars however are a different story. Some conduct themselves as stand up men and true professionals, while others don’t. The ones that don’t are too chicken shit to do anything about it anyway. Candy asses.”

Twitter was immediately ablaze with theories about who the “candy ass” in question could be. The Fast and Furious sets have always been tight-knit, especially after Paul Walker’s untimely death, so the idea of any tension between the cast got the rumor mill working overtime.

Initially, fans thought the post might be about newcomer Scott Eastwood, who referred to Leonardo DiCaprio’s posse as “candy asses” in an Esquire interview a few days prior.

He literally used "CANDY ASSES." That is on purpose. DELIBERATE FUCKING SHIT. pic.twitter.com/PB5ohMuUtK

More fans thought the culprit might be co-star Tyrese Gibson, who took to his own Instagram account to clear the air. The post was deleted shortly after it went up, but in it, Gibson shared a video of Johnson singing to his daughter Shayla, and included the following caption:

Why are you guys so impressionable? A man wouldn’t be singing from his heart and soul to another mans little angel if he had a problem with her dad… Does any of us know why bro decided to jump out there with his post? No…… Would one assume that IF he’s going to jump out there and generalize and say ‘Male Co-Stars’ he would be more clear and call out names??? Of course he should of. Let me calm you guys all the way down…….. I don’t know WHO he has a problem [with] and I don’t have any details of WHAT those problems are – as a matter of fact if I DID know I would tell you s**t!!!… DJ happens to be one of the most humble, down to earth and professional people I’ve ever worked with and more importantly he’s my brother we have NEVER had a problem and will never have a problem.

Which brings us to Wednesday, when TMZ threw its hat into the ring with a theory as to who the true “candy ass” might be: Vin Diesel.

According to a source on the movie’s production staff, the two have clashed because Diesel is a producer on the film and has made some calls Johnson hasn’t agreed with. Reportedly, “tensions were running so high it was almost impossible to shoot scenes.”

Perhaps unsurprisingly, the Instagram post did not help. According to TMZ, “almost the entire cast is angry at Rock for causing a stir just a week and a half before filming ends.”

The pair allegedly had a summit Tuesday to try and hash things out, though no one seems to know if any kind of resolution was reached.

With such a short window left of filming left, hopefully everyone can keep it together long enough to deliver America the fast car movie we crave.