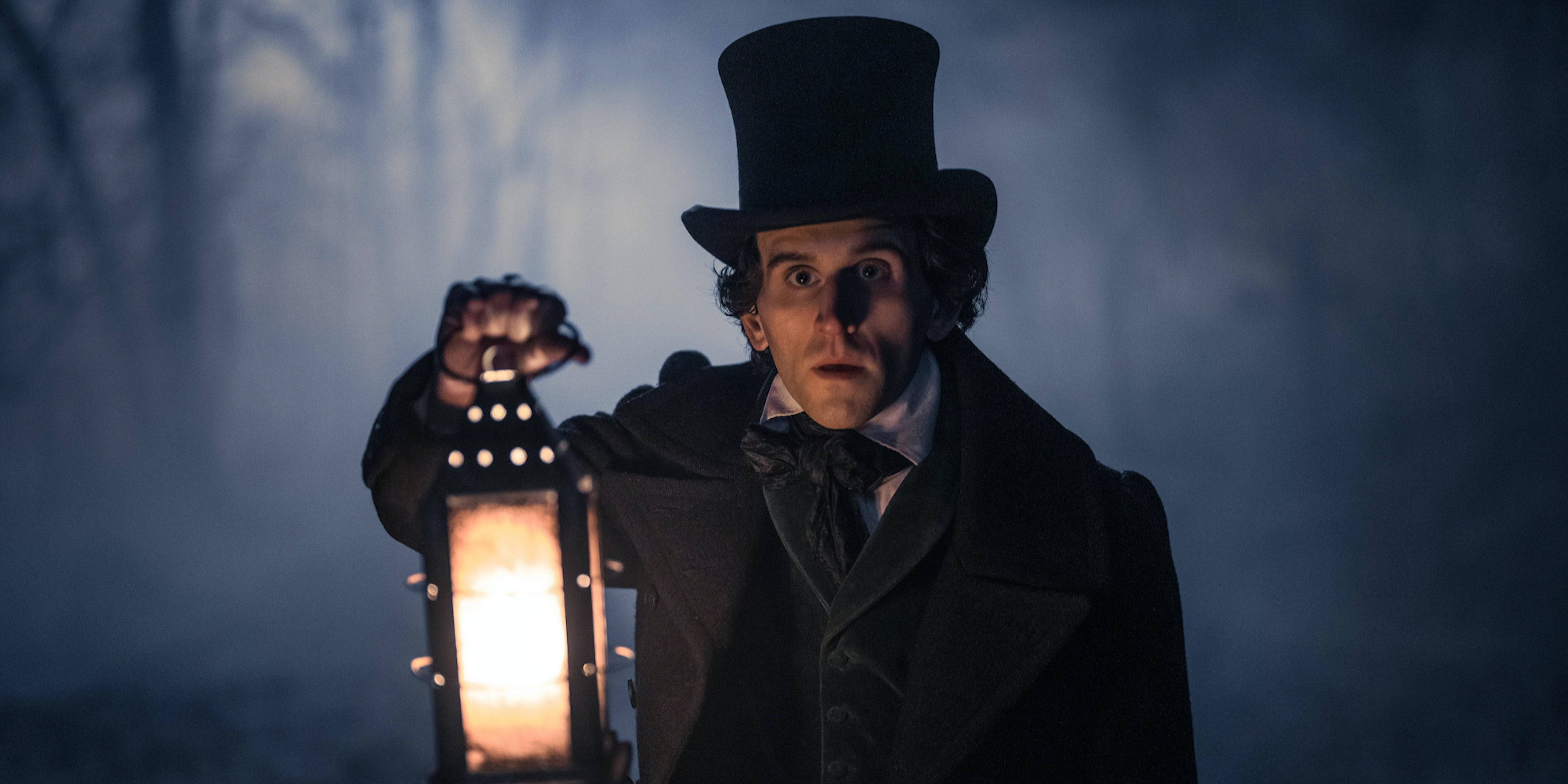 The real draw of 'The Pale Blue Eye' is Poe himself.

Who’d have thought we’d be kicking off 2023 with an origin story for Edgar Allan Poe?

No, it’s not a biopic, although they certainly exist among the many, many depictions of the man credited with inventing the modern detective story over the past century. Instead, it’s the Netflix drama The Pale Blue Eye, which stars Christian Bale, Gillian Anderson, and Harry Melling and is directed by Scott Cooper, that offers its own spin on the legendary author in a gothic murder mystery.

Based on the 2006 novel by Louis Bayard and set in 1830, veteran detective Augustus Landor (Bale) is called to investigate the apparent suicide of a West Point cadet whose heart was removed from his body after his death. Landor quickly settles on appointing a young Poe (Melling), a fellow cadet at West Point, to aid in his investigation. Full of veteran character actors, bleak imagery, and a not-so-stealthy cameo from John Fetterman (he has a prior connection with Cooper and Bale), The Pale Blue Eye works best when it fully leans into its gothic inclinations, especially whenever Anderson gets to chew the scenery.

But the real draw of The Pale Blue Eye is Poe himself. As I started watching, I texted a friend, noting that “If this ends up being the origin of ‘The Tell-Tale Heart,’ I’m going to roll my eyes so hard,” and while there are some of those Easter eggs abound—character names and some of the more cryptic suggestions from Poe, who says his dead mother talks to him in his dreams—it still mostly works because all of those oddities and mystique are played to perfection by Melling, who’s been getting praise online for his performance.

It’s not the first big or memorable role for Melling—in recent years, he’s appeared in The Ballad of Buster Scruggs, The Tragedy of Macbeth, The Queen’s Gambit, The Devil All The Time, and The Old Guard—but whenever he shows up, a similar thing happens: People look up Melling on IMDb and discover he got his start as Dudley Dursley in the Harry Potter movies. This usually shocks them.

Melling appreciates what his first role brought him, but if the run he’s had is any indication, he might end up having one of the more fascinating post-Potter careers among the series’ younger alum.

The Pale Blue Eye isn’t necessarily a result of the IP-ification of everything we can get our hands on (and it’s not even the first movie where Poe solves crimes), but the iconography scratches that itch while telling a different story. Add in people’s current interest in mysteries like Glass Onion and some fun theatrics, and it could be a hit.