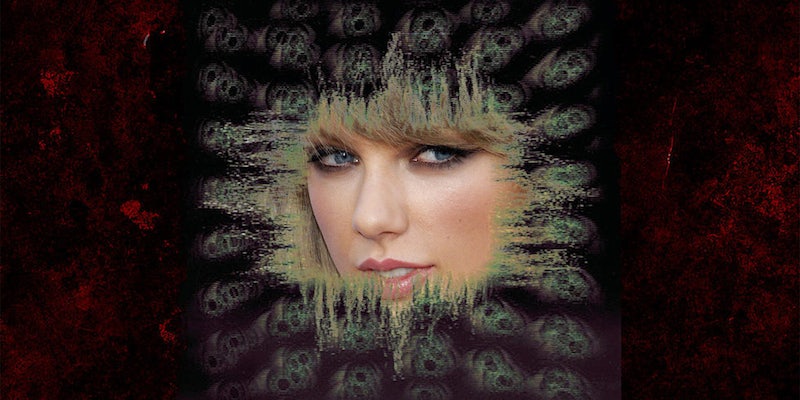 This Taylor Swift/Tool mashup works way better than it should

One YouTuber brought the dueling chart-toppers together in perfect harmony despite their ongoing chart battle.

This week, a surprising feud has taken shape at the top of the Billboard charts. Tool’s new album Fear Inoculum is facing off against Taylor Swift’s Lover for the top slot on the Billboard 200.

The generational disconnect between the two fan bases has resulted in some hilarious content. Since Tool hasn’t released an album in 13 years, many Swifties have never even heard of the ’90s rock mainstays. Needless to say, the goateed, middle-aged men who love Tool are equally unfamiliar with the nuances of Swift’s oeuvre.

One YouTube creator has proven that despite the Gen-X vs. Zoomer feud unfolding online, we often have more in common than we imagine. YouTuber William Maranci demonstrated so by posting a mashup of Swift’s “We Are Never Ever Getting Back Together” and Tool’s 1996 hit “Stinkfist,” off their Ænima album.

As is always the case with the best mashups, the beats of the two songs work oddly well together. The visuals, however, are a different story. Swift’s footage is cribbed from a live concert, while Tool is represented by the wild music video for “Stinkfist.”

The Wikipedia entry for the “Stinkfist” offers an apt description:

It focuses on two members, one male and one female, of a race of sand people. They suck on tubes and swallow nails and wires that apparently hurt them and are ejected from their bodies, after which they are put into the jars and treasured. Another race of mutants has entrails that are plugged into a wall. At one point in the video one of the main characters is seen shaving and peeling off the sand skin revealing another layer of skin covered with tattoo-like designs covering the entire body.

Yes, this concept is a far cry from Swift’s typical aesthetic palette, but both artists mine the depths of human pain to create emotionally resonant art. Or something.