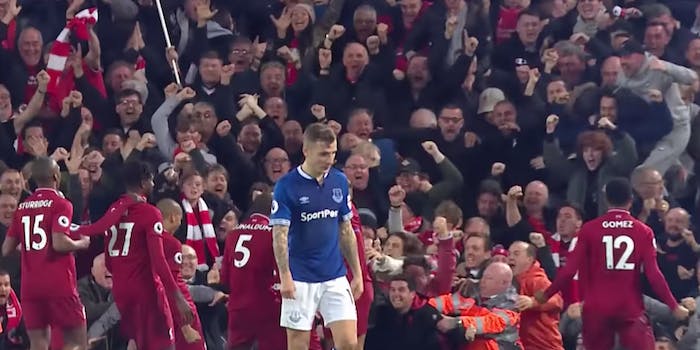 How to stream Liverpool vs. Everton live

It's a Merseyside derby! On a Wednesday!

The high-flying Reds will be without their No. 1 keeper on Wednesday. But Liverpool will be facing a struggling Everton team with manager Marco Silva on the hot seat.

Here’s everything you need to know to stream Liverpool vs. Everton live.

Liverpool (Last 5 matches: WDWWW) just keeps finding ways to win this year. Through 14 matches, the Reds are still unbeaten. Manager Jurgen Klopp will be without starters Fabinho and Joël Matip due to long-term injuries, and GK Alisson Becker is suspended following a red card against Brighton in the 2-1 win Saturday. Thought the Merseyside Derby will pose all the common obstacles that derbies do, it’s difficult to envision Liverpool losing.

Everton (recent form: LLWDW) is on the brink of blowing yet another season up. Portuguese manager Marco Silva is coaching for his job, as his team floats just a few points above the relegation zone. Everton has spent profusely since the summer of 2017, and may soon be on its fourth manager in three seasons. The most likely outcome here is a heavy Everton loss and a new manager leading Everton against Chelsea on Saturday.