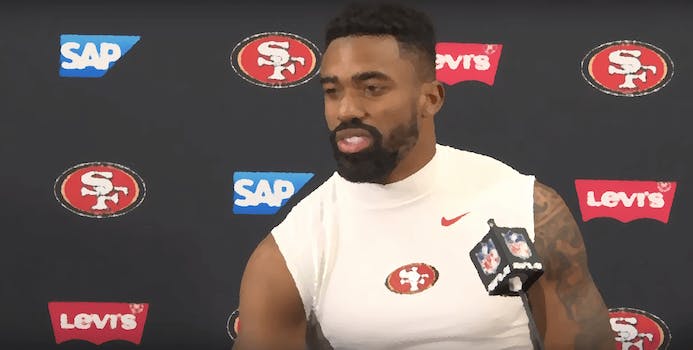 Championship Sunday is three days from Christmas this year. Those of us who are in our championship game are, of course, not allowed to celebrate the holiday due to widespread jealousy. People are stir crazy about hating fantasy football winners these days. They want to ban fantasy altogether. The outrage culture doesn’t limit their scope these days.

But we must celebrate with great gusto. I’m sending a text out to let everyone know they must not punish those of us who are still playing and enjoying the season. This war on fantasy football will not be tolerated.

I’m glad you’re here. I have two championship squads myself which is truly astounding because both rosters have Odell Beckham on them. I’ll be winning GM of the year in both leagues no matter the outcomes after having that albatross about my neck.

My boasting aside, it’s time to focus. First, we’re all going to win championships. This must be our first rule this week. Send out those good vibes to everyone, even Odell. Secondly, it’s time to go to Walgreens and print out a Christmas card to be sent to each of our league mates letting them know your superiority complex is as limitless as outrage culture.

Every year around this time I say this will be my last year playing fantasy. I’m gonna limit my teams next year, I say, lamenting how much time was wasted. How many times I was disappointed. But then I remember my friends in all the leagues. I remember the numbers. The sweet stats echoing in my mind, numbers, numbers, numbers. And during the ups and downs of the season, I remember the joy of writing a really solid Ben Roethlisberger joke.

And then I remember A.J. Brown taking a slant to the house. Luscious Lamar breaking the ankles of another world-class athlete. And I remember that the Patriots probably aren’t the best team in the league anymore.

Pack it up, pack it in, it’s the last smoke ’em, pass ’em of the NFL fantasy football season.

Ryan Tannehill vs. New Orleans: On the day after Christmas in 2006 I was in Kyoto with this woman from New Zealand. We had spent Christmas in Kyoto. Not as romantic as you would imagine since neither of us wanted to be there, least of all her. We had broken up a week before on a trip to Kyushu. She had wised up to my drinking and self-destruction. But we had fun in Kyoto. The problem was we didn’t purchase return train tickets to our prefecture. It was an oversight on our part. And we were stuck in Kyoto. Ryōan-ji. The Pure Water Temple. Food that’d turn your Yankee cap around. There’re worse places to be stuck. And we spent an extra night, but the cost was extravagant because it was a holiday for the entire country of Japan, too. Hotel rooms were booked solid, especially the cheap ones. So we decided to hitchhike the six-hour drive back to our prefecture. It started fine, but eventually, we were standing in the rain, six hours into the journey and still four hours from home, when we were faced with the very real option of having to sleep at a roadside diner. She was getting ready to give in and I told her that we just needed to have faith. That if we believed strong enough, help would arrive. A man pulled up shortly after and gave us a ride. He played the Carpenters’ Christmas album for three hours on loop and got us to a train station we eventually took back home. It was one of the best memories of Japan I have. Oh, and the man driving the car? His name was Ryan Tannehill.

Kyler Murray at Seattle: Kyler was a disappointment last weekend against Cleveland in a blowout win because Kenyon Drake has finally been freed from that crumbling aquarium in Miami. Good news is Seattle can score points. The Hawks have had trouble stopping the pass, however. They’ve given up 24, 28, and 30 points in the last three weeks to QBs. Cardinals are the bird of the season. Just look at any Christmas card. Or even a holiday card.

Raheem Mostert vs. Los Angeles Rams: Zeke ran through this defense last week. And they get fed to the Niners a week later after somehow losing to the Falcons. 14-54-1 is an uninspiring line against Atlanta, but it’s a very worthy line of what is likely an RB2 or flex for almost all fantasy teams at this point in the season. Give me TDs and all will be forgiven. Can you hear me Odell? If you don’t help me now, who cares, because I have A.J. Brown and I don’t need you. I really wanted to drop Mike Boone’s name here but it appears Dalvin will play. Because I would’ve made some joke like “If Boone is the running back, I’m down to Boone.”

Adrian Peterson vs. New York Giants: The guy is literally running for money. Dude might play into his 50s. Somebody is going to pay him next year to be a backup after they look at his last few games. The only thing sadder than starting him championship week is the demise of Christmas supervillain Hans Gruber, yes. But, again, chase the TDs and this play has the potential for just that.

Breshad Perriman vs Houston: Well I guess this is gonna be a thing. Don’t expect another explosion, but it’s hard to ignore it now. Chris Godwin left the game early. Tampa’s running game is one of the league’s worst. Houston has been serviceable against the run (not that it matters against the zombie Alstotts Tampa is fielding in that backfield). Perriman carrying teams to championships isn’t that unheard of. I’ve seen wilder things happen. A team last week won with Tannehill, A.J.B., and Tyler Higbee. Do you know whose team it was? It was my team. My team with those three undrafted beautiful humans. And who knows? Maybe Perriman is our modern-day Everyman. Someone who we can all love and admire and count on. And what did the messenger say in Everyman? “That our lives and ending shows How transitory we be all day.” And so, though Perriman shall perhaps never help again, he’s here right now to save us. Don’t miss out on it.

A.J. Brown at New Orleans: My father passed away a few years back. It was February. This time of year will always remind me of him. His birthday is Dec. 15. And he loved the holidays because it meant people were celebrating. And he loved parties. He wanted to laugh and throw back Budweisers and talk to people and learn about them and ultimately love them. He was a great man. And I always remember hugging him. It was the best. And, I realize now, that is exactly what it’s like watching Arthur Juan Brown play football.

Jacob Hollister vs. Arizona: I understand the frustration. Hollister has declining targets in each of the last three (8, 6, 3). This is what we experts in the industry call trending downward. But there’s hope because the experts also agree Arizona can’t cover a tight end. What was it Hamlet said? “There are more fantasy football experts than in heaven and earth, Horatio, and most of us don’t know what the fuck we are talking about.” But I must be a genius because I have two championship teams. Do you want to hear about them?

Philip Rivers vs. Oakland: I’m reading this book by Joseph Heller called Something Happened. It’s about the breakdown of the American family, of a father unhinged by work, stressed by the world, pushed to the brink of his own grasp on sanity and stability. I’m only half done but this could be Phil’s autobiography.

Mitch Trubisky vs. Kansas City: Don’t get cute! Not now.

Carlos Hyde at Tampa Bay: Inexplicably having value for 15 dreary weeks of mediocrity, Hyde finds himself in a tough matchup. This is about as appealing as having Bill O’Brien take over general manager duties.

Devin Singletary at New England: Another tough one to bench considering there’s probably not many other better options. Is he a better start than Adrian Peterson? Should I rewrite this whole thing? My many fans deserve better. I gotta smoke less weed next season. Oh, God, I’m already dreading it.

Zach Pascal vs. Carolina: I have yet to ride on the Pascal Carousel without getting puked on. This is like trying to guess how many hours I’ve wasted reading about humans who next year will no longer be a part of my life. Some of them I will miss. Some of them I will not. Goodbye, Mr. Pascal.

Kenny Golladay at Denver: This is similar to Singletary. There’s probably not a better option. This is what’s so frustrating about this time of year. Play who got you there, they say. But what if you got there in a car driven by Odell Beckham? Would you want a different driver?

Green Bay WRs not named Davante: It might be tempting and I don’t know which one you’d be dumb enough to choose, but don’t do it.

“They should put him down.” I agree with Gene Blandino’s assessment of Aaron Rodgers.

Jason Witten at Philadelphia: This guy ruptured his spleen like four years ago. He didn’t miss the next game. Science should study this guy. And while they’re at it, find out how the hell either of these teams could still be in the playoff hunt.

For now, I bid you all farewell. If we never talk again, I wish you the best possible life. I wish you happiness and a fantasy championship once a year. But above all, I wish you hope and love and the capacity to spread both to as many people as you can. Inhale deeply. Hold it. Now exhale. And rejoice in the season and in the Titans.