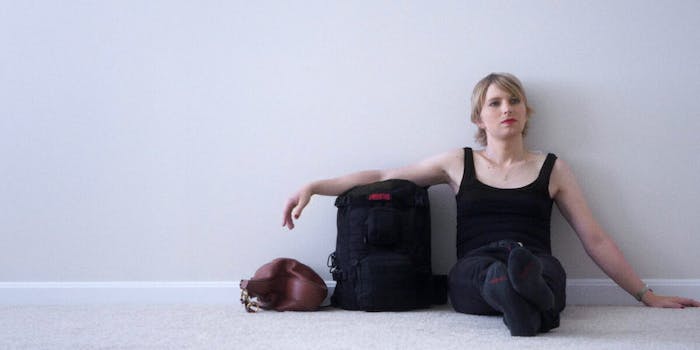 Manning tries to move forward as others want to focus on her past.

XY Chelsea gives viewers a close look into the life of Chelsea Manning as she re-acclimates to a life of freedom and the ability to be her authentic self. But the documentary lags in spots, painting a complicated, uneven picture that’s shaped as much by the woman at the center of the spotlight as the circumstances around her.

‘XY Chelsea’ follows activist Chelsea Manning’s first months of freedom and examines what led her to leak documents to WikiLeaks.

It’s all overwhelming for Manning, who’s able to embrace her own identity for the first time after her imprisonment. She had to sue the military to get access to hormonal treatment, although she was still kept in an all-male prison, wasn’t allowed to grow her hair out, and faced routine harassment. Director Tim Travers Hawkins captures this sense of newfound freedom in the film’s quieter moments, as Manning dives into one project after another and takes on media interviews, magazine shoots, and tries out social media.

She quickly discovers that’s sometimes easier said than done, especially as the internet places her on a pedestal. Manning, who’s driven to action in part by real-life events unfolding around her (and at one point even runs for Senate), tries to push forward, but parts of XY Chelsea—along with several of the people she encounters—are more fascinated by the past. Interviews with Manning and recreated chat logs between her and Adrian Lamo (the hacker who turned her in) reveal how she came to leak documents and video to WikiLeaks. She continually fields questions about the documents, whether she believes she put others in harm’s way (including at the 2017 New Yorker Festival), and her mental health.

Manning really gets into Twitter, at one point searching her own name. More than one montage of tweeted replies flashes onscreen, driving home the obvious: Social media can bring out the best and worst in people. The latter gets highlighted not just by the people telling Manning to die, but by those who took offense at her making an appearance at a far-right party. XY Chelsea doesn’t offer much breathing room as Manning reckons with all of this; it glosses over some of her experiences while letting others drag. The film only briefly touches on the lasting effects of her treatment by the U.S. government.

Yet while parts of XY Chelsea are too slow, it also feels incomplete—driven partially by recent developments. Nearly two months before the documentary was set to premiere at the Tribeca Film Festival, Manning was arrested for refusing to comply with a subpoena and testify in front of a grand jury that was investigating Wikileaks and Julian Assange.

After being released following the expiration of the first grand jury, Manning was arrested again for not complying with a new subpoena. In its final moments, XY Chelsea ends right where it started: with Manning’s legal team once again advocating for her. And Manning is once again taking a stand for what she believes is right.