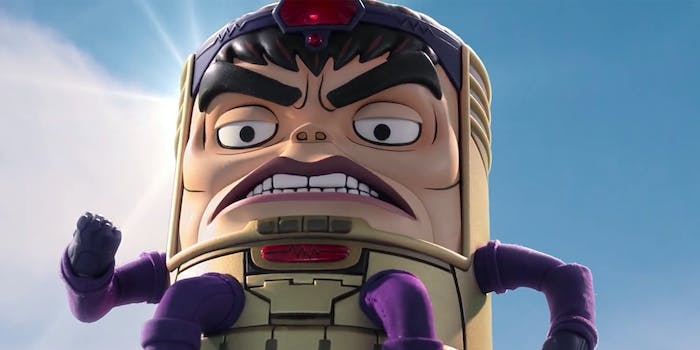 It’s been a while since George Tarleton officially became the Mental Organism Designed Only for Killing. You know, MODOK. After losing constantly to every Marvel superhero, MODOK hits a new low: bankruptcy. His evil organization AIM succumbs to a corporate buyout. Now, he must move with his family to New Jersey to pick up the pieces.

MODOK is trading in henchmen for family. His socially awkward son Lou is a spitting image of his father, but far more chill. His daughter Melissa is just as megalomaniacal as her father, and the most popular girl in school. And then there’s his wife Jodie. She’s a mom-blogger turned supervillain who may just out-evil her husband. Oh, by the way, did I mention this is a sitcom?

The classic maniacal Marvel villain is about to become as heartwarming as Steve Urkel. He’s about to face his most difficult adversary yet: a mid-life crisis. Don’t expect a typical Marvel animated series here. Legendary comedian Patton Oswalt is not only voicing the villain. He’s also the co-creator of this hilarious spin on the classic Marvel baddie.

Here’s everything you need to know to stream MODOK.

How to stream MODOK: Where to watch MODOK

The new Marvel series premiers on Hulu on May 21. The first season will comprise 10 episodes. They will all air on the same day.

M.O.D.O.K is available to stream exclusively on Hulu. You can watch the new show for free when you sign up to try their ad-free service for 30 days.