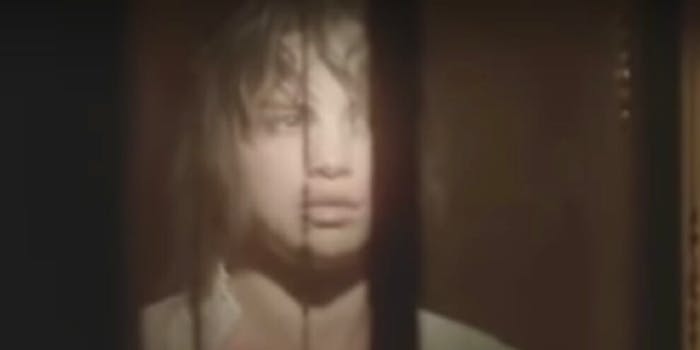 Instagram’s new long-form video platform IGTV has only been around for few days, and it’s already giving us content we never could have dreamed up—or in this case, had nightmares about.

Selena Gomez made her IGTV debut Wednesday in a collection of super short horror films directed by “it girl” director Petra Collins, Jezebel reports. The series, called A Love Story, packs terrifying imagery—like Gomez embracing a creepy mask in a bathtub or scraping icing off her leg with a huge knife—into 40-second clips.

You can access the videos—titled “A Love Story,” “Cake,” and “Turtle”—by searching for Petra Collins’ profile on IGTV.

The creepy, prosthetic-obsessed Gomez we see in the series is a far cry from Gomez’s Disney or pop star personas, but it’s not the first time she’s worked with Collins. Her 2017 video for “Fetish” featuring Gucci Mane was a Collins project, too, and shares some of the same surrealist, dreamlike qualities.

A Love Story, also available via Collins’ Instagram profile, is one of the debut projects on Instagram’s new video streaming app. IGTV allows users to post videos up to an hour long, which is arguably even scarier than the clip of Gomez holding an eyeball in her mouth.