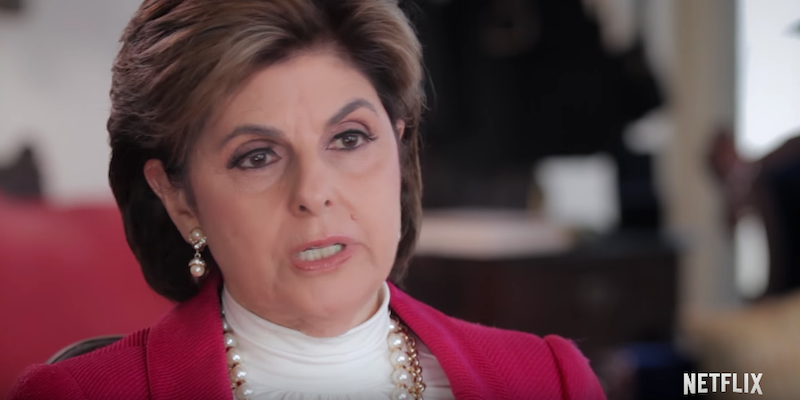 Civil rights attorney Gloria Allred has been called a “feminist crusader,” “media hound,” and “lightning rod for controversy” over the course of her career, but a new documentary invites the world to consider another descriptor for that list: icon.

In Netflix‘s Seeing Allred directors Sophie Sartain and Roberta Grossman do an amazing job of contextualizing the lawyer’s controversial four-decade body of work within our current political moment. Allred was the pioneer of a type of socially oriented law that’s just now starting to break into the mainstream consciousness. She got her start advocating for women and victims of gender-based crime in the ’70s, which means that Allred has been a punchline in the media pretty much since she started her practice. But decades of criticism and backlash haven’t slowed her advocacy one bit. If anything, her focus seems to have intensified.

As Allred took on high-profile clients like Scott Peterson’s mistress Amber Frey and the family of Nicole Brown Simpson over the years, she was often depicted as an attention-hungry opportunist in pop culture. Shows like The Simpsons or South Park lampooned her as an aggressive nag, and talking heads on late-night TV accused her of dismantling society. A survivor of sexual violence herself, Allred seems to have cultivated the ability to metabolize the public’s ire and criticism into more fuel for her cases, and as we enter a moment where women’s rights are front and center in the discourse, her track record is beginning to speak for itself. The message behind Allred’s oeuvre is clear: Women deserve equal rights under the law, and the media can be a huge tool in getting us there when it’s used thoughtfully.

Much of Allred’s work has established the precedent upon which modern Americans are able to effectively try and win cases about gender and sex in court. Decades before people were writing Tumblr posts about children’s toys perpetuating problematic gender roles, Allred was winning a 1979 case against the Sav-On Drugstore chain for segregating the toy section. While every website’s opinion section runs an essay about paid maternity leave in 2018, Allred was suing Melrose Place producer Aaron Spelling in 1997 for firing an actress because she was pregnant. Allred was by no means the only attorney trying and winning cases like these, but she was the only one who wrangled the national news media along the way and forced America to pay attention. All of Allred’s work, it seems, is converging in the mainstream culture as we speak. It’s like watching a zit get popped.

Through a series of interviews with her law partners, industry contemporaries, and Allred herself, the documentary introduces viewers to the famous advocate just as she’s taking on two of the biggest adversaries of her career, Bill Cosby and President Donald Trump. Allred represents many of the over 60 women now accusing Cosby of rape, as well as a former Apprentice contestant who alleges the president groped her without consent prior to taking office. The movie was filmed during the 2016 campaign cycle, which means viewers get to witness Allred’s optimism at potentially seeing the first-ever female president take office, and her sadness in the days that follow Clinton’s defeat. Perhaps the most poignant scene in the entire documentary comes as Allred watches the election results roll in on TV. The camera slowly zooms in on her face as state after state gets declared for Trump on CNN, and the then-74-year-old seems to realize in that moment how much work is still left to be done.

If Seeing Allred succeeds at anything, it’s in convincing the audience that she—and the countless women she’s inspired—are more than up to the challenge.