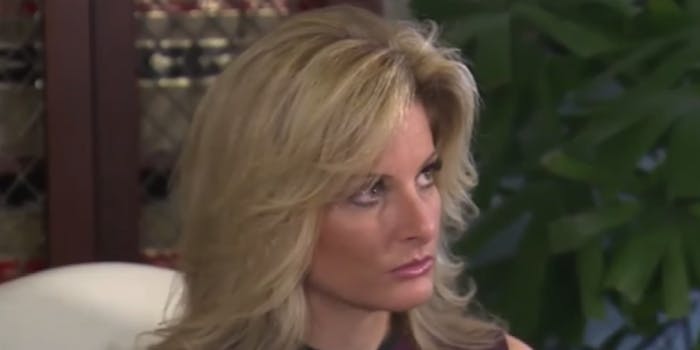 A former 'Apprentice' contestant is suing the president for defamation.

Lawyers for one of the several women who accused President Donald Trump of sexual assault last year have filed a subpoena demanding the White House turn over all documents from the presidential campaign regarding “any woman alleging that Donald J. Trump touched her inappropriately,” as detailed in a report from BuzzFeed.

The subpoena has been filed, among others, by Gloria Allred, the high-profile celebrity lawyer who’s representing Summer Zervos. A former contestant on the fifth season of Trump’s reality TV show The Apprentice, Zervos claims the real estate mogul and eventual president groped and kissed her without consent at the Beverly Hills Hotel in 2007.

BuzzFeed: Woman who said Trump groped her has subpoenaed his campaign for documents about other women's allegations.https://t.co/tDF8wq4jiw

The filing specifically demands that the White House preserve all campaign documents relating to the myriad allegations of sexually predatory behavior against Trump. Notably, it also demands the campaign preserve any documents relating to John Barry, Zervos’ Trump-supporting cousin, who gave a statement last year which sought to discredit her allegations. You can view the full subpoena here.

Trump has forcefully denied all of the sexual assault and misconduct allegations against him, calling his accusers “horrible liars” and threatening to sue them. His legal threats, thus far, have not amounted to anything, although Zervos is attempting to take him to court for defamation. The White House has maintained that the president cannot be sued while in office, and Trump’s lawyers have sought, so far unsuccessfully, to have the suit dismissed.