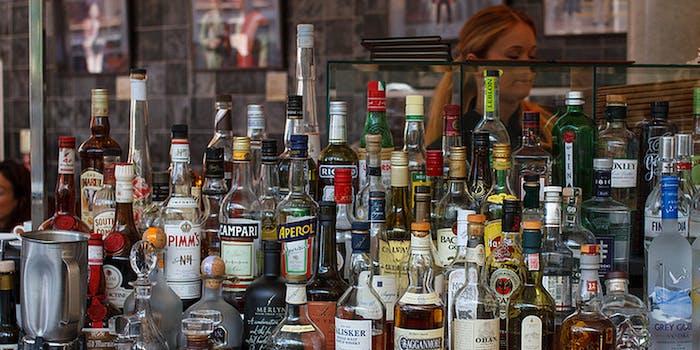 Sam Smith proves he has no idea how Twitter works

Has nobody told the singer that he has a timeline?

It’s a good thing he can sing, because Sam Smith would make a terrible social media manager: The British R&B star tweeted last night that he didn’t feel well enough to stick around and greet fans after a concert—then posted four hours later from a karaoke bar. 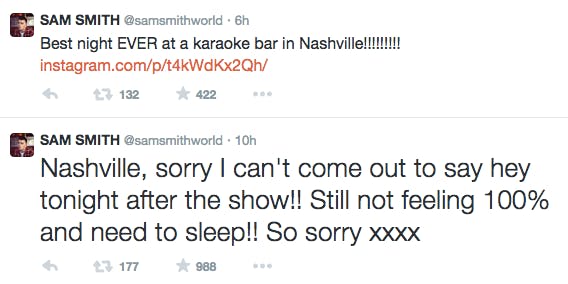 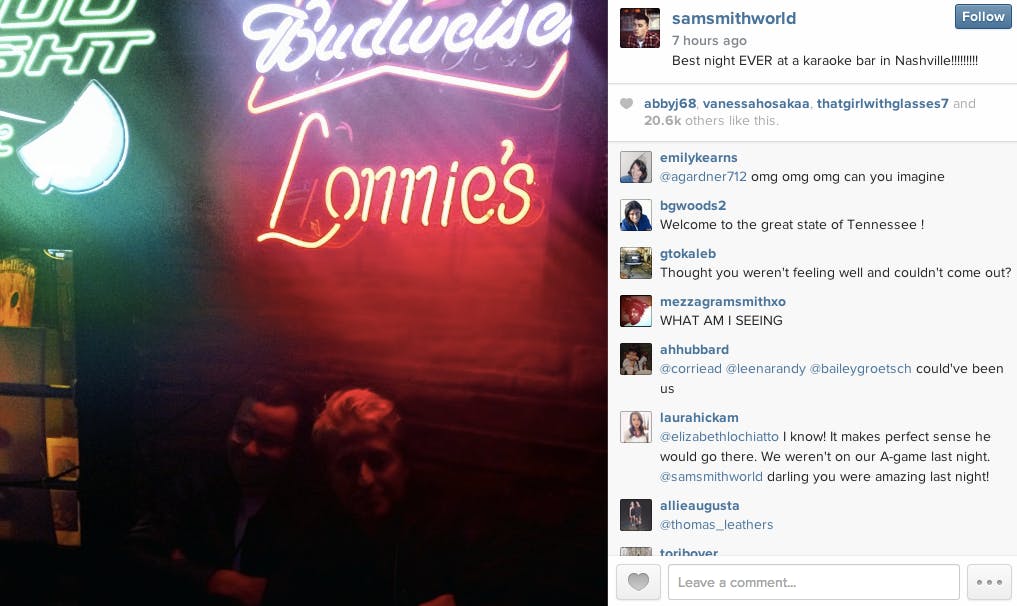 Oh, well. It’s not like he ended his night out on the town by trying to reinforce the impression that he was, in fact, a bit under the weather. Wait, what? He did? OK, I give up. 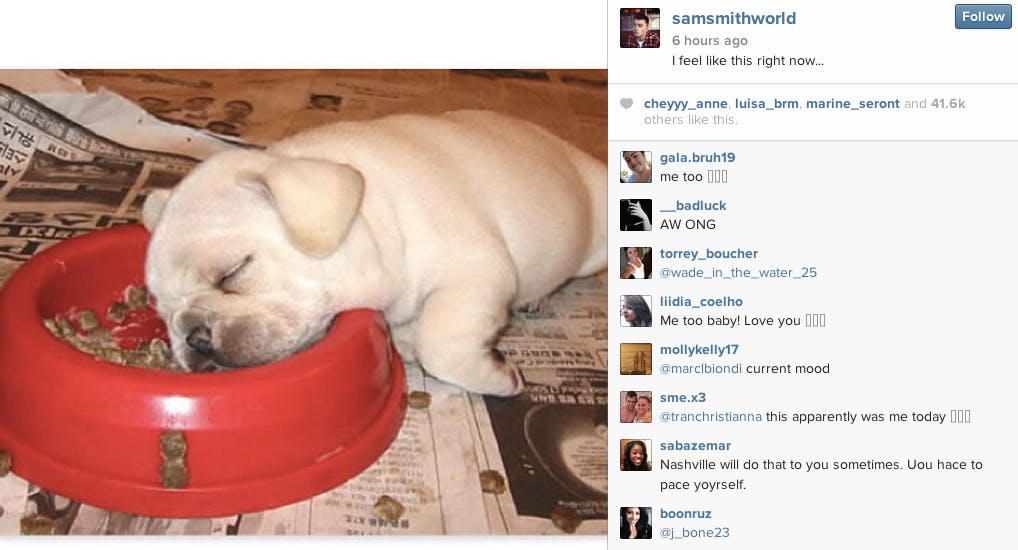 All these posts are still standing, perhaps because Smith is sleeping one off, but the response from his devotees was mostly lighthearted and sympathetic, if occasionally disapproving.

@samsmithworld you said you wanted to sleep hahahaha

@samsmithworld thought you couldn’t sign autographs because you needed sleep. now you’re out in the middle of the night?

@samsmithworld bit of a contradiction 👀

@samsmithworld what happened to not feeling 100% lmao ok

His real faux pas, of course, was not cutting back on the kisses while he was supposedly sick.

Goodnight all. Nashville, I love you. Thank you xxxx