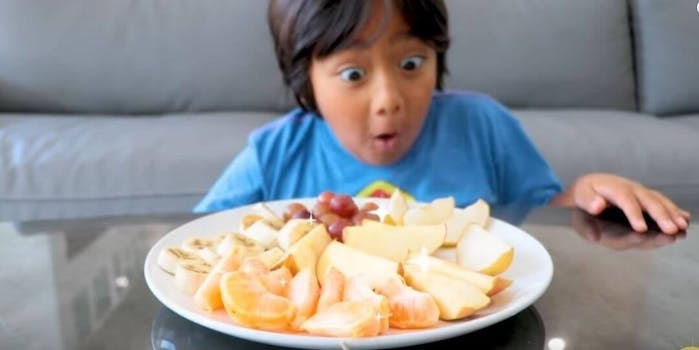 The list of highest-paid YouTubers is out—and an 8-year-old is No. 1 again

But where are Logan and Jake Paul?

If you think the channel formerly known as Ryan ToysReview made a ton of money in 2018, the top-earning YouTuber in the world—a YouTuber, remember, who’s only 8 years old—managed to earn millions more in 2019.

And the newest top earners list doesn’t include either Jake Paul or Logan Paul.

Forbes released its 2019 version of the highest-paid YouTubers, and for the second straight year, Ryan’s World—which used to be branded Ryan ToysReview and which has 23 million subscribers who watch him participate in science experiments and simply live life as a (wealthy) kid—is No. 1. In 2018, Ryan’s World made $22 million. In 2019, according to Forbes’ calculations, the pre-teen pulled in $26 million.

Ryan Kaji and his parents don’t simply rely on YouTube for their income. As Forbes notes, he’s “branched out beyond YouTube with a line of more than 100 toys, clothing items and more, a show on Nickelodeon, and a deal with Hulu.”

The family members, though, unboxed some of their own controversy this year when they were accused in a lawsuit of manipulating their child viewers through abusive advertising practices.

Two noticeable absences from the 2019 Forbes list are the Paul brothers, both of whom have lessened their presence on YouTube this year. In 2018, Jake Paul was listed at No. 2 with a haul of $21.5 million, while Logan Paul was No. 9 with $14.5 million. The No. 10 person on this year’s list was Evan Fong with VanossGaming at $11.5 million, so apparently, both brothers were below that mark.

No. 2 on this year’s list is Dude Perfect, the trick shot fivesome who also scored a Nickelodeon show and brought in a total of $20 million. Anastasia Radzinskaya, a 5-year-old from Russia, is No. 3 with $18 million, and beauty vlogger Jeffree Star crashed onto the list at No. 5 with reported earnings of $17 million.