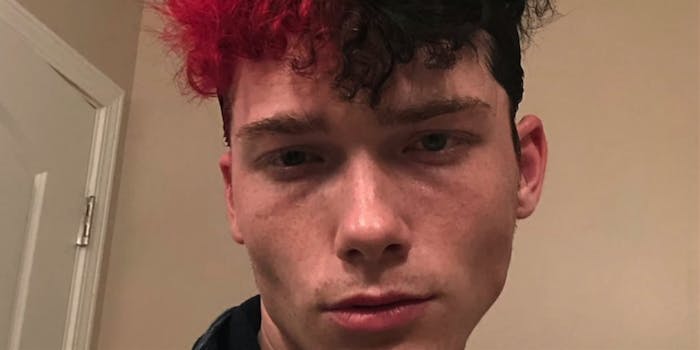 It was only a matter of time before TikTok apology videos became a reality. Users are taking a recent one and building on it in a way only TikTok users can.

According to the Verge, popular TikTok personality Sebastian Kretzmann, known by the handle RadicalSeb, has been accused of inappropriate interactions with minors. Kretzmann (who uses they/them pronouns) is also accused of using racial slurs online. YouTuber Drama Kween posted a video on Monday detailing the allegations and included clips of other TikTok users accusing Kretzmann of inappropriate and predatory behavior.

In Kretzmann’s apology video, they address the allegations and say, “I feel completely disgusted and feel bad. I made people feel uncomfortable.” Fellow users have been dueting—which allows users to place their pre-existing video next to another user’s in a collaborative or interactive way—with the apology statement to point out inconsistencies. People are also detailing and compiling alleged proof of Kretzmann’s predatory and racist behavior.

User @bithoeji posted messages from several people that allege Kretzmann made sexual comments to them or made them feel uncomfortable. One person alleged that Kretzmann was being inappropriate with minors when TikTok was still Musical.ly.

Kretzmann is a verified user with more than 300,000 followers and a line of branded TikTok merch. One fan started a petition earlier this year to “restore RadicalSeb’s TikTok account to full functionality” after some videos were reportedly removed for violating community guidelines.

But, as the Verge points out, TikTok users are doing the kind of “self-policing” that has shaped YouTube communities dealing with allegations of abuse and harassment. YouTube has proven woefully ineffective at handling harassment on the platform, and creators have often had to address what happens off the platform, too. (YouTube drama, of course, can be lucrative.)

By Tuesday afternoon, Kretzmann’s account had been made private. The Daily Dot has reached out to TikTok for comment.