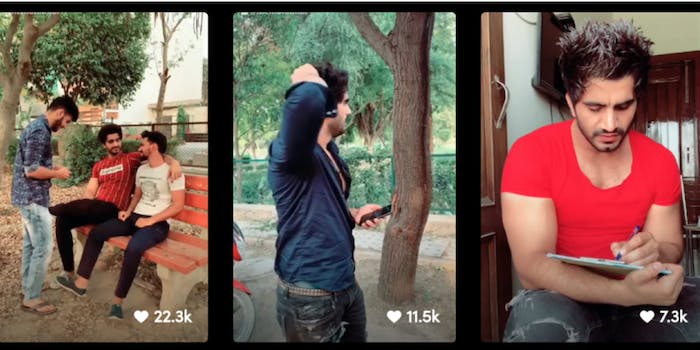 Police are still looking for the suspects.

Indian TikTok personality Mohit Mor was shot and killed near Delhi on Tuesday, according to India Today.

A senior police official said Mor was allegedly inside a photocopy store when three armed men entered the shop and “indiscriminately fired 13 bullets at him.” He was declared dead at the hospital. Police are reportedly still looking for the suspects, who were captured on CCTV. Two of the suspects were wearing bike helmets.

TikTok was previously banned in India over concerns that it was endangering children. But Mor’s content was uplifting and positive, and he had more than 547,000 fans on the app. A trainer and fitness advocate, Mor’s TikToks often focused on skits that showed him helping those less fortunate. He had also just enrolled in Motilal Nehru College in New Delhi last month.