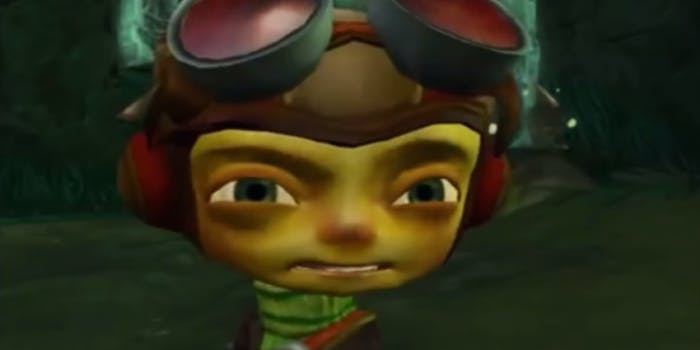 If you’ve never played Psychonauts, now is the time

'A psychic odyssey through the minds of misfits, monsters, and madmen.'

Returning to a beloved older game is one of life’s most enduring pleasures.

Some games are entirely unworthy of a replay, but a rare few become more enjoyable with each new playthrough. Such is the case with Psychonauts, an off-beat 2005 indie game that maintains its humor and complexity more than a decade following its release. It may not have reached stunning commercial heights upon initial release, but Psychonauts‘ fanbase has grown immensely over the years. Regularly cited as one of gaming’s finest examples of creative design, Psychonauts deserves to be played by anyone calling themselves a gamer.

The sequel to Double Fine’s 2005 hit is planned to reach shelves soon. With the game’s impending, but uncertain, release coming up, the perfect opportunity is presented to replay the original or start your very first save. It’s a 15-year-old game, there’s no denying it, but Psychonauts remains a delightfully different, funny, and creative game that suits our current era remarkably well.

Why you should play Psychonauts

I could heap praise on Double Fine’s clever, psychedelic release for days. Its unique, timeless art, clever approach, and engaging characters allow Psychonauts to transcend the traditional barriers between types of gamers.

See, I love to play games, but because I wasn’t raised on them, older video games often lack enjoyment for me. There is no nostalgia there, so I am left with nothing but grainy visuals, spotty controls, and vanilla storylines. I won’t call out any games in particular—I wasn’t born this morning—but it’s a persisting issue. For this reason, I normally wouldn’t find much to enjoy in a title that was released while I was still comfortably in my dull, pre-gaming years.

Despite this fact, Psychonauts remains a favorite. It hasn’t aged as gracefully as, say, Wind Waker, but the core elements of this game remain too unique to be replaced by any newer, more polished titles.

But I’m getting ahead of myself. In case you’ve never heard of Psychonauts, let me give you an idea of what’s in store.

Arguably Double Fine’s most popular release, Psychonauts is a surprising, precocious title with a number of unique attributes that few other video games can boast.

The story follows Razputin—voiced by Richard Horvitz of Invader Zim fame—a 10-year-old psychic from a family of circus performers. Raz decides to run away from the circus, and his family, in hopes of joining the Psychonauts, an elite international team of psychic special agents. Upon successfully arriving at the camp where young psychics are trained, Raz convinces the existing Psychonauts to teach him.

Over the course of the game, players learn a variety of psychic abilities, from telekinesis and levitation to pyrokinesis and invisibility. As Raz, you’ll meet a number of increasingly eccentric and off-color characters, many of whom nurse humorous but complex mental wounds that can be cured—or at least combatted—using your new library of psychic abilities.

If you’re inexperienced with platformers, you may struggle with a few of Psychonauts’ more challenging levels. I’ve started fresh from the bottom level of Milla’s dance party more times than I can count. Despite the simple, mechanical challenges that the game presents, it employs a simple enough approach that most any gamer should get the hang of it quick. A larger struggle for many may be obtaining and playing the game itself: It was released on the PlayStation 2 and has not been remastered for the PS3 or 4. Thus, unless you have a working PS2, you might struggle to tackle this title. Thankfully, it is also available on Steam for a very reasonable $10.

If you can figure out how to purchase a copy and traverse those challenging levels, Psychonauts will provide a wonderfully entertaining distraction. The story has humor woven into every aspect, from character names and dialogue to aspects of gameplay itself. The story splits itself between the real world and a variety of diverse mental worlds. Each character’s brain boasts unique art styles and design aesthetics, and a variety of specified mental ailments that only Raz can tackle. Just make sure to avoid the water and any wandering telekinetic bears. They’re a real problem.

The entire game feels like a playful but stark look at mental health. Players, upon entering a sick brain, gather up pieces of emotional baggage, clear mental cobwebs, and collect figments of a character’s imagination.

We are, in 2020, far more aware and accepting of mental health than we were when Psychonauts was first released. People have begun to speak out about depression, anxiety, and other mental health issues that have plagued our society for generations. Psychonauts‘ coy play on these themes makes it, in many ways, a far more fitting title for our current era than it was when it was initially released.