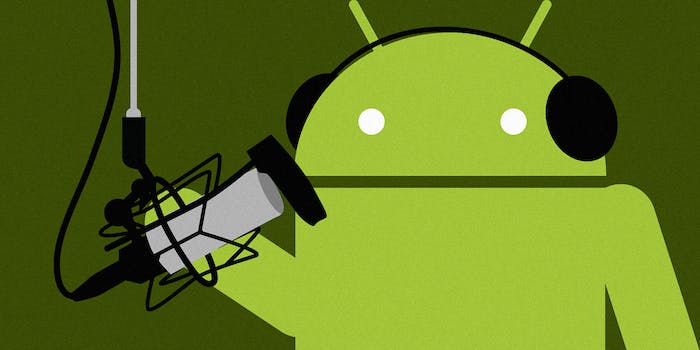 The 13 podcasts you should be listening to right now

If you're new to podcasting, here's where you should start.

One of the bigger problems in podcasting is that there’s still a fairly high barrier to entry. If I were to ask someone to listen to a specific podcast, many people wouldn’t know how to do it or the best program to use. That’s especially true for Android users. On an iPhone, there’s a native Apple Podcast app that allows for subscriptions, and there are literally dozens of apps and platforms that have been built to provide alternative listening methods.

But what if you don’t have an iPhone?

The truth is that there’s really not much of a difference. A podcast is just an audio file uploaded to a hosting service and distributed to a podcatcher—a service that streams podcasts—and the Apple Podcast app is just a podcatcher. On an Android device, you can use Google Play Music, Pocket Casts, Stitcher, SoundCloud, Spotify, TuneIn, or any one of a dozen other podcatchers located in the Google Play Store. The only podcasts you may not have access to are the ones provided exclusively to a certain platform, and to my knowledge, Apple has never distributed an exclusive podcast.

So now that we have all of this out of the way, here’s are the best podcasts to get you started.

Note: For the sake of consistency, I’ve linked each show to its Stitcher profile where possible, in part because the app works well on iOS as well, but most of these shows can be found on any of the major services.

The best podcasts for Android

I can’t really describe this one any better than the website: “S-Town is a new podcast from Serial and This American Life, hosted by Brian Reed, about a man named John who despises his Alabama town and decides to do something about it. He asks Brian to investigate the son of a wealthy family who’s allegedly been bragging that he got away with murder. But then someone else ends up dead, and the search for the truth leads to a nasty feud, a hunt for hidden treasure, and an unearthing of the mysteries of one man’s life.” This show is the first podcast to ever receive 40 million downloads in its first month. I would listen for the accents alone, even without the brilliant story and the even more brilliant production team.

Hosted by Ira Glass, This American Life is a staple of public radio, broadcast on more than 500 stations to about 2.2 million listeners. Each week, the show explores a theme and stories surrounding that theme. It’s produced in collaboration with Chicago Public Media and has won all the major broadcasting awards. Did I mention it’s also often the most popular podcast in the country and is responsible for the team that spawned Serial and S-Town?

For every amateur and professional musician alike, this is the show for you. Song Exploder is a podcast where musicians break apart their songs down to their component pieces to tell the story of how they were made. Each episode features an artist discussing a song of theirs, dissecting the sounds, ideas, and influences that shaped their writing and recording. The show will give you a whole new appreciation for songs you’ve heard countless times, and it should be commended for trying to cover the full radio dial. Past guests have included Norah Jones, U2, Old Crow Medicine Show and Carly Rae Jepsen. Hosted and produced by Hrishikesh Hirway.

Two New York comedians began exploring their love lives through interviews with their exes, but this show has become so much more. It’s an outlet for conversations sometimes considered taboo, and they’re funny. Guests frequently include some of the top talent the comedy world has to offer, but the real draw is the chemistry between the hosts, Krystyna Hutchinson and Corinne Fisher.

Wendy Zuckerman, who has an excellent Australian accent, explores the topics we don’t have substantial knowledge of but we love to chat about anyway. Before your next party, give a listen to episodes exploring the fact, fiction and the in-between of immigration, climate change, abortion, and ghosts.

“A show about the internet.” I don’t really know what to say here. This show incorporates amazing and relevant stories with top-tier hosting talent, production, planning and all the rest of the relevant items you’d want out of an entertainment production. Listen to “Boy in Photo,” “On the Inside,” or “The Cathedral” and tell me you don’t experience all those mushy audio feelings.

Basically a power couple in radio/podcasts. WBUR is producing a show where celebrities read their favorite selections from the popular New York Times’ series of weekly reader-submitted essays, Modern Love. They also include updates from the writers themselves, which is often the most interesting piece—learning about the repercussions or advantages of their actions years later. It offers some of the best stories about love today, but note I didn’t say love stories.

Three hosts, all with amazing talents and accomplishments, take turns interviewing the best writers you have and haven’t heard of. If you scroll through their archive of nearly 250 guests, you’ll find many multiple people you want to hear from, and can. Join Max Linsky, Aaron Lammer, Evan Ratliff as they try and keep this ambitious and important project going.

When sports fans are fed up with the athletic institutions, they turn to Pardon My Take. The Barstool Sports-incubated and-owned podcast shows off the talents of hosts’ Big Cat and PFT Commenter, who are able to book the biggest names in sports and ask them about the most famous contacts in their phone, and what snacks they eat before big games.

Paul Ford and Rich Ziade discuss technology and culture from a lens few people have access to, with a bit of business, tech, writing, fatherhood, culture at large, and general genius. I would listen to these two discuss Miley Cyrus as well as particle accelerators.

If Song Exploder is for musicians, Mogul is for musical historians. It explores the life and death of Chris Lighty in a six-part series. Lighty was a music entrepreneur who went from Bronx kid to manager of iconic hip-hop artists like Diddy, Missy Elliot, and Busta Rhymes before taking his own life in 2012 at just 44 years old. The show is currently exclusive to Spotify, but it will open to the wider world of podcatchers in a few weeks.

Andrea Silenzi went through a tough breakup in her 30s and is now navigating the dating world of 2017. Through a podcast, of course. The creativity and scope of her episodes never fail to surprise me, and through the lens of this show and our cheering for Andrea’s happiness, we’re all cheering a little bit for ourselves. 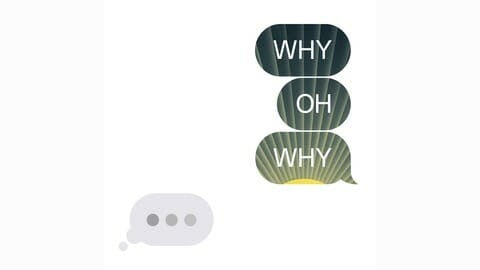 Justin, Travis, and Griffin McElroy of My Brother, My Brother and Me recruited their dad for a seemingly never-ending game of Dungeons and Dragons. Board games bring out something special the McElroys. The creativity, cultural touch points and general good-natured fun make this destination listening, and the Maximum Fun network just keeps pumping out podcasts that will make you smile.

Jeff Umbro is the co-host of Writes Who Don’t Write, a podcast in which he and cohost Kyle Craner interview writers and other creatives about the one story they’ve always struggled to tell.