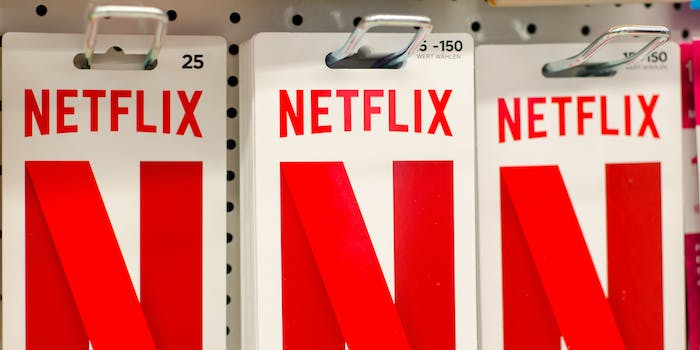 The streamer will receive stiff competition from Apple TV+ and Disney+ next month.

Netflix is smiling as it heads into battle.

The streaming giant reported its quarterly earnings on Wednesday. Q3 2019 is notable because it will be the last quarter before the launch of competitors Apple TV+ and Disney+. With a massive shakeup looming, Netflix is projecting positivity and confidence ahead of what promises to be a challenging fourth quarter.

The most important thing for the streamer is subscribers. Netflix added 500,000 net U.S. subscribers in Q3, reaching 158 million worldwide. Executives also revealed that analysts predict the service will hit 300 million customers by 2025.

In addition to the positive news on subscribers, Netflix crowed about its key title, Stranger Things, whose third season was reportedly watched in 64 million households during its first month. (Netflix does not use a third party to track ratings data.) Other titles had a strong showing as well. For instance, Tall Girl reportedly reached 41 million households in its first month of availability.

In discussing its programming, the streamer pulled back the curtain a bit and revealed its top 10 film and television titles of the last year (via the New York Times). Top series include Stranger Things, You, and Umbrella Academy, while some of its best-performing features included Bird Box, Triple Frontier, and Tall Girl. The message: Netflix is succeeding with content across a variety of genres.

Overseas growth has been particularly robust for the streamer. Netflix has put out 100 seasons of “local language” content outside of the U.S. to date. As competition heats up in America, foreign markets will be a key focus for the company.

Despite the positive news, Netflix struck a somewhat cautious note about the future, outlining three key challenges in the days ahead: The company has no returning TV hits for the fourth quarter, is always grappling with subscriber churn, and faces a bevy of imminent competition.

The streamer conceded it has no Stranger Things-level title on deck in Q4. Instead, Netflix will be pushing its awards season titles, such as The Irishman, Marriage Story, Dolemite Is My Name, and The Laundromat. If one of these films makes a credible run at the Oscars, this slate could provide a shot in the arm for subscriber numbers. But if the awards push doesn’t get any of these titles across the Best Picture finish line, more difficult days could lie ahead.

Despite its robust feature slate, Netflix anticipates churn in Q4. The company reported 500,000 new net U.S. subscribers in Q3, but after boosting the monthly subscription fee from $11 to $13, that number could shrink going forward.

The potential for churn could increase as Disney and Apple launch much cheaper services, at $7 and $5 a month, respectively. In what may prove to be an understatement, Netflix says, “There may be some modest headwind to our near-term growth.”

Disney+ will enter streaming wars with tons of pre-existing IP, including Star Wars and Marvel titles. Apple TV+ arrives armed with a ton of cash and some splashy titles starring A-listers. Come November, we will get our first glimpse of how Netflix will adapt. The overall message from Netflix brass was that the streamer is prepared for the coming competition and is confident that it has the strength to weather the challenges ahead.