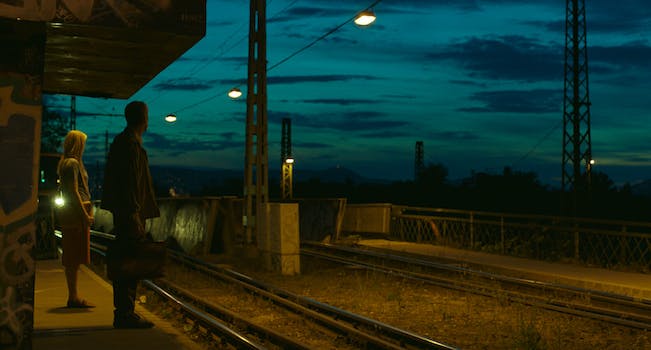 The challenging Hungarian film explores dreams and love in a slaughterhouse.

Discerning film viewers are taught that foreign cinema requires a level of intelligence you don’t ordinarily need to enjoy American movies. Foreign films, we are told, demand patience and a willingness to analyze and consider the text beyond the surface level. This understanding is not always helpful, as it spreads the misconception to mainstream audiences that foreign films are not entertaining, or are talking down to them. Just because a movie has subtitles does not mean it is particularly insightful.

Netflix’s Hungarian film, On Body and Soul, feels like a case study in this exact paradox. The movie, which is also an Academy Award nominee for best foreign language film, requires patience indeed, but it’s a lot less deep than you probably think it is.

The latest from writer and director Ildikó Enyedi, On Body and Soul examines the lives of two slaughterhouse workers, Endre (Géza Morcsányi) and Mária (Alexandra Borbély), whose paths converge when they realize they’ve been meeting every night in their dreams. Each one is struggling with being differently abled, in Endre’s case, because of a paralyzed arm, and in Mária’s, because of an undefined social disorder, which seems to put her somewhere on the spectrum. After discovering their unexplainable connection, they begin a tentative romance, which challenges the simplicity of their serene dreams. Oh, and for good measure, in their dreams they are both deer.

Say what you will about this premise, but it definitely doesn’t lack originality. There’s a refreshing simplicity to this film; Andre and Mária’s dreams do not predict their future, nor do they take a dark turn at any point that affects their relationship in real life. One could theorize that the deer are their spirit animals, or versions of themselves in another life, though the ending leaves these inquiries open to interpretation. But the crux of the movie is whether these two isolated people can come together despite their respective reservations. Sure, the deer bring them together, but it’s not what defines their bond.

There is wisdom to extract, too. The slaughterhouse setting adds an additional level to the animal forms Endre and Mária take on at night. While the irony is obvious, it’s not as if either one of them exactly relishes their work. Endre at one point speaks on the importance of having sympathy for the creatures they kill (there is a scene in On Body and Soul which rivals Netflix’s own Okja in the “movies which will make you want to become a vegetarian” subgenre).

The very title also opens up doors for metaphysical debate. Endre and Mária’s souls are connected in a way which their bodies won’t let them be. Endre has a serious physical ailment, and Mária has an aversion to touch. Maybe the main question which the film asks is whether an intellectual and spiritual love can be sustained without the physical sensations of the body. On Body and Soul suggests that both are essential in a relationship, even though the body will always desire a physical manifestation of the soul’s love, and the soul will always remain a vessel unto itself.

All of this pondering belies the truth, which is that I didn’t like this movie very much, and once you unpack its big questions, you’re left with the realization that despite its philosophical intrigue, On Body and Soul remains a flawed film.

Enyedi’s depiction of Endre and Mária is the chief problem. Morcsányi, whose hardly done any acting before, and Borbély are both competent in the lead roles, but the writing supporting their characters is thin. Endre is supposed to be a long-suffering loner, whom we feel bad for based on the self-imposed isolation and loneliness he’s convinced himself is a necessary shield. But Endre is also a jerk. He doesn’t treat Mária very well, and although he’s clearly suffering, he’s generally unkind to everyone around him. The film asks that we forgive Endre’s bad behavior as a symptom of his disconnection, rather than choosing to reckon with it. It’s as if his depression and his position as the protagonist are enough alone in Enyedi’s mind to allow him an escape from his choices.

Mária, by comparison, is made to be waifish and beautiful in a way that’s infantilizing and patronizing. Her journey of self-discovery has poignant glimmers, but in the end, comes off contrived and overly convenient. Her entire awakening is dependant on the love of a man, which is in and of itself not necessarily a problem, except that the film so quickly tries to convince us of her feelings. The pull Mária and Endre are supposed to feel toward each other is implicit in the story, but Enyedi doesn’t find a believable way to sell it.

I have no issue with a film that takes its time, choosing to either luxuriate in the world it has created or to offer a pastiche of moments, drawn out to emphasize the sum of its parts. But I wasn’t exactly enraptured over the course of its almost two-hour runtime either. There is a subplot about a robbery of animal-breeding powder at the slaughterhouse which propels the story forward, though it ultimately goes nowhere. While this movie gives viewers a lot to chew on, I still found myself wishing for more flavor.

This is a well-made film, with lovely shots and some very memorable scenes. But I found the relationship between Endre and Mária troubling on multiple levels. I was troubled that as Mária’s superior, Endre was so willing to jump into a romance with this much younger employee. I was troubled that as his other co-workers made fun or even harassed Mária, he did little to stand up for her. And I was troubled by Enyedi’s disinterest in exploring the implications of someone like Mária, with her lack of experience and autistic tendencies, entering into a sexual relationship.

Enyedi absolutely has the right to tell whatever story she wants in whatever way she sees fit. But I would’ve liked to see On Body and Soul grapple with real-world consequences, in addition to bigger, existential quandaries. This is a movie that has the most brutal and at the same time casual suicide attempt I’ve ever seen on film, after all. It’s a challenging film that’s worth seeing for yourself, warts and all.