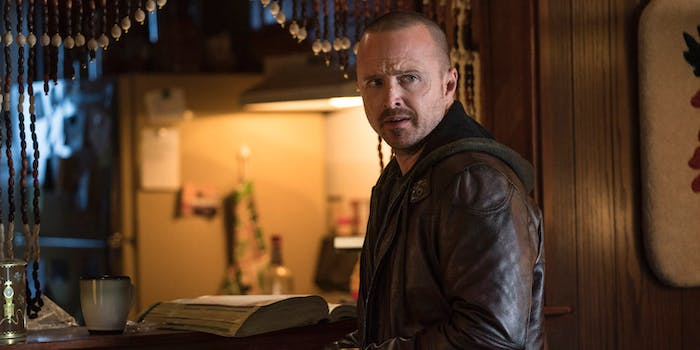 Netflix has released the official trailer for ‘El Camino: A Breaking Bad Movie’

We will finally learn the fate of Jesse Pinkman.

For more than half a decade, the world has been wondering what happened to Jesse Pinkman. On Oct. 11, we are going to find out when Netflix releases El Camino: A Breaking Bad Movie, which now has an official trailer.

While many of the major characters from Breaking Bad met a definitive end through the course of the show’s masterful final season, the fate of Walter White’s partner in crime, Pinkman (Aaron Paul), has been a lingering mystery.

Though rumors of a Breaking Bad movie have been swirling since late last year, Netflix confirmed in August with a teaser that the film would indeed focus on Pinkman. Netflix debuted the official trailer during the Emmys.

There is almost no dialogue in the trailer, but tonally, it looks like classic Breaking Bad fare. It’s got crime, revenge, redemption, and beautiful sweeping shots of the desert. It all feels familiar, and like an appropriate coda to the epic Breaking Bad saga.

El Camino: A Breaking Bad Movie comes to Netflix on Oct. 11th and will receive a brief, concurrent theatrical release.