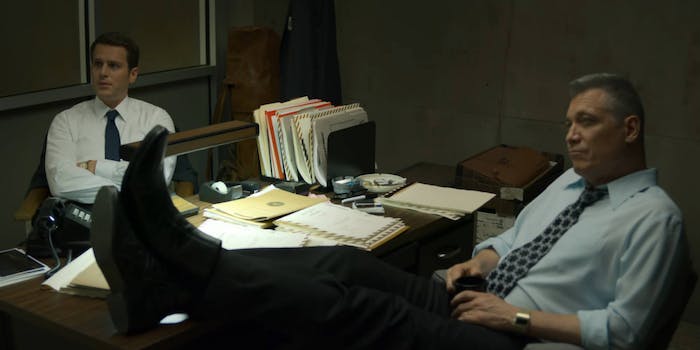 Netflix says David Fincher 'may revisit' the series 'in the future.'

Mindhunter season 3 is up in the air, after Netflix let the options for its cast expire.

Mindhunter, which explores the early days of the FBI’s serial-killer profiling, is one of Netflix’s more popular shows, but since the debut of season 2 last summer there’s been no news of a renewal. And season 2 definitely left the door open for season 3.

Series producer and director David Fincher is attached to another Netflix project, Mank, which started production in November. In a statement to TV Line, the company confirmed he’s also busy with season 2 of animated series Love, Death & Robots and added that he “may revisit Mindhunter again in the future, but in the meantime felt it wasn’t fair to the actors to hold them from seeking other work while he was exploring new work of his own.”

While Jonathan Groff, Holt McCallany, and Anna Torv have been released from contracts, the series isn’t canceled just yet. At least we have the memes.

Netflix: "We don't have season 3 of #Mindhunter. Might we interest you in yet another season of 13 Reasons Why?"
Me: pic.twitter.com/1aEiKlhzDc

Or, you know, Bong Joon Ho could definitely take over.

bong joon ho come save us please and direct season 3 of #mindhunter https://t.co/U29GtwH9nT