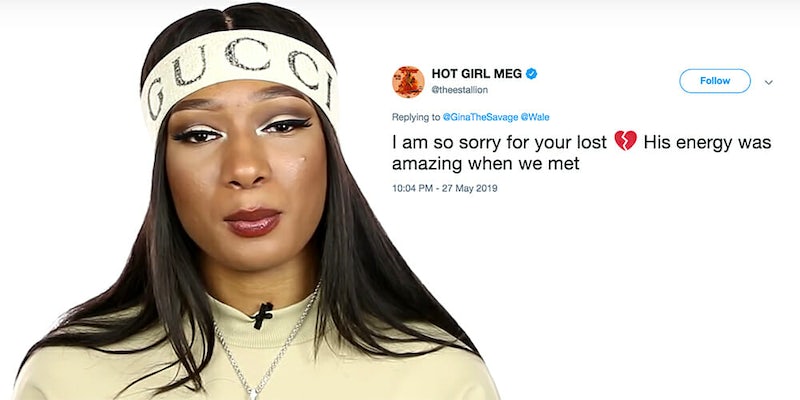 When she heard a fan of hers had died, rapper Megan Thee Stallion stunned Twitter with her generosity.

A Twitter user recently contacted Megan and stated that their cousin had been killed shortly after attending her concert. The Houston star promptly donated $1,200 to a GoFundMe for the burial service. Another self-proclaimed fan, Twitter user @nicksawaboy, posted screenshots of the touching exchange Tuesday.

The fan’s name was Cyril Carlton Briscoe, according to the GoFundMe page. Megan offered her condolences to his family and friends before the page even went live. She responded to a tweet from the cousin, @GinaTheSavage, and said, “I am so sorry…His energy was amazing when we met.”

Screenshots from a second Twitter message exchange show Megan sending $1,200 to the campaign barely five minutes after it was created, and she promised to donate more if they fail to raise sufficient funds. Briscoe’s family is hoping to raise $15,000 towards burial services cost, according to the page.

If fans weren’t already stanning Stallion after her first full-length album, Fever, dropped earlier this month, many definitely are now.