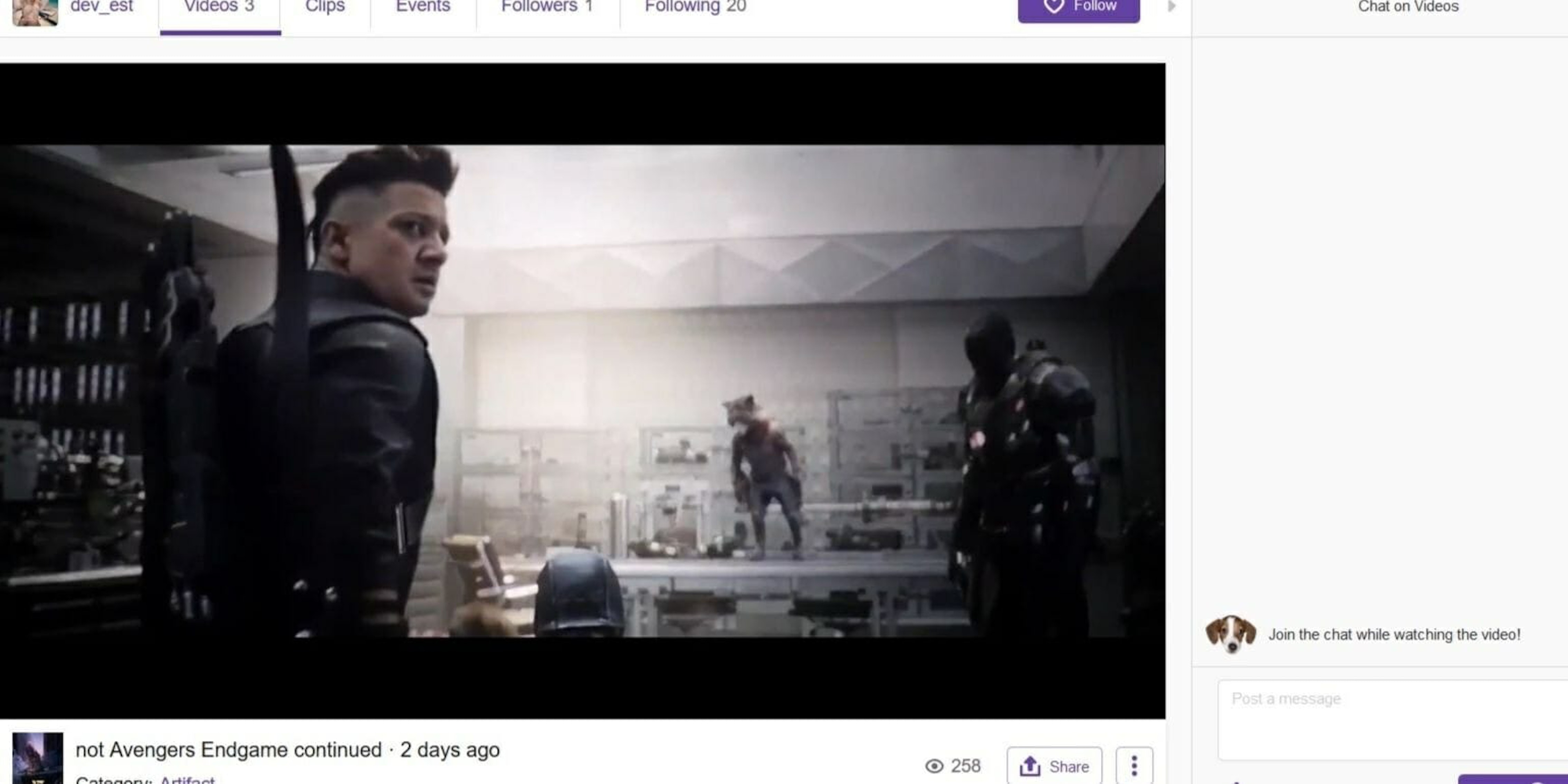 “On Sunday, one user streamed footage of the Christchurch attack,” Motherboard reported. “Motherboard confirmed the stream did contain the real, raw footage of the attack, including when the attacker shot and killed victims. Comments alongside the video included hate speech directed toward Muslims.”

According to Twitch’s terms of service, all of it is punishable for users who are uploading the content.

Copyright infringement is also punishable. Writes Twitch, “You should only share content on Twitch that you own, or that you are otherwise authorized to share on Twitch. If you share content on Twitch that you do not own or otherwise do not have the rights to share on Twitch, you may be infringing another person’s intellectual property rights.” According to Twitch, that includes “showing movies, television shows, or sports matches.”

This isn’t the first time Twitch has been used to stream something that violates the terms of service. Aside from various streams that involve nudity or racism, Twitch also plays host to illegal streams of combat sports PPV telecasts.

Last summer, for instance, it was revealed that more than 1 million viewers watched pirated streams of the KSI-Logan Paul YouTube boxing match. In fact, Twitch users outnumbered those who paid $10 to watch it via YouTube.

On Reddit, though, many users seemed to love the idea of watching movies like John Wick and Avengers: Infinity War on Twitch while having the ability to chat with fellow fans in real time.

Twitch did not immediately respond to a Daily Dot request for comment on Tuesday morning.

Update 5:43pm CT, May 28: Twitch made a statement on Tuesday afternoon addressing content uploaded with the Artifact tag that violates the platform’s terms of services.

“Over the weekend we became aware of a number of accounts targeting the Artifact game directory to share content that grossly violates our terms of service,” Twitch said. “Our investigations uncovered that the majority of accounts that shared and viewed the content were automated.”

Over the weekend we became aware of a number of accounts targeting the "Artifact" game directory to share content that grossly violates our terms of service. Our investigations uncovered that the majority of accounts that shared and viewed the content were automated.