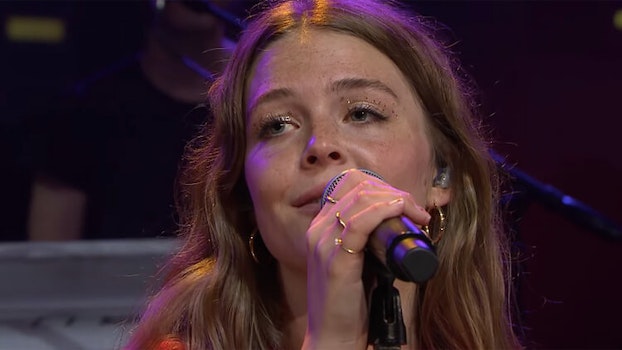 A man yelled 'take your top off' in the middle of her speech.

A quiet moment at the Maggie Rogers concert in Austin, Texas this weekend was interrupted when a man in the audience decided that yelling for the singer to take her top off was more important than listening to her heartfelt speech about how she got to where she is.

It’s not an uncommon occurrence at concerts. Or on the sidewalk. Or basically anywhere anonymous men and women briefly share a crowded space. But Rogers doesn’t want anything to do with it.

After compiling her thoughts, she took to Instagram to blast the disrespectful douchebag along with another guy she said chimed in “you cute though” after the first comment.

“I was stunned. Furious. Fuming. Confused. And also—on a really basic level—it really hurt my feelings,” she wrote.

Perhaps more importantly than condemning the specific incident, the singer also took the time to share with fans why she won’t have any tolerance for people who act like sexist clowns at her shows.

She continued: “I want to use this moment to be very very clear. There is no space for harassment or disrespect or degradation of any kind at my show.”

“take your top off”

So the next time you go to a concert and get the bright idea that yelling at a singer to take her top off will somehow, miraculously, actually convince her to strip down on the middle of the stage, just remember: it won’t. And now everyone there thinks you’re an asshole.