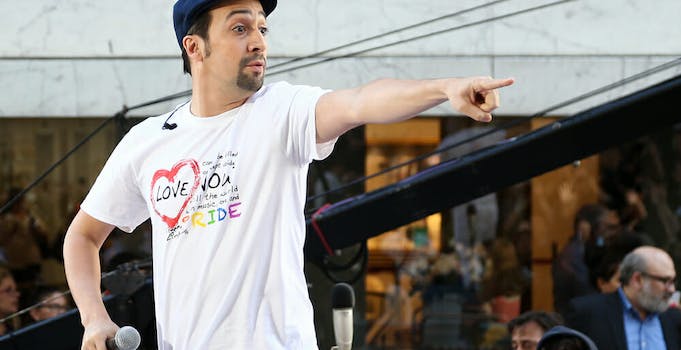 It's big news for theater fans.

Netflix won the production rights to the adaption, which was originally written by Jonathan Larson, the genius composer behind Rent.

This is good news for theater fans, who can now enjoy the comfort of the stage from their own home. The news also follows a slew of announcements regarding hit Broadway musicals being adapted for the small screen.

According to Variety, Andrew Garfield has been tapped to land the lead role, after winning a Tony Award for his performance in Angels in America. Miranda is set to direct, while Imagine Entertainment’s Ron Howard, Brian Grazer, and Julie Oh will produce alongside him.

In an interview with Playbill, Levenson stated that the adaption will differ slightly from the original script.

“It’s a little bit more about the person of Jon and his life—what it was when it started,” he said.

Levenson further described the project as a “hybrid between this musical and this real story of this guy, Jon, who’s making a musical about how he’s struggling to find his voice, and trying to be an artist.”

Miranda and Levenson previously worked together on FX’s Fosse/Verdon. No official release date for the film has been announced yet.