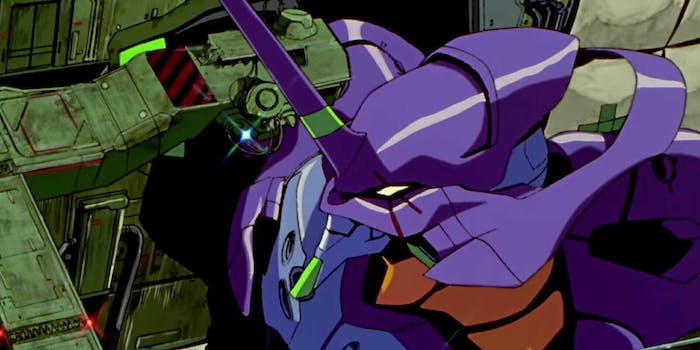 The beloved series hits the streaming service with a few notable tweaks.

The show originally aired in Japan in 1995 under the production of studio Gainax. Despite the difficulty of importing anime at that time, the series gained a dedicated American audience. After decades of being stuck in licensing purgatory, Netflix announced in 2018 that Evangelion would make its worldwide streaming debut on June 21, 2019. Now, after years of waiting, Evangelion is finally available for streaming to a much wider audience—a monumental feat in and of itself.

The show functions as a deconstruction of the mecha genre. While shows like Darling in the Franxx and Planet With keep the mecha genre in anime alive today, it experienced its heyday in the ’90s. Because Evangelion aims to identify and unpack the genre’s tropes, it’s unconventional for it be a viewer’s first mecha anime. But gatekeeping should not be the immediate response to Evangelion‘s worldwide streaming debut. The show’s history ought to be taken into account, but by no means should it dissuade new viewers.

Additionally, Evangelion sometimes ends up being a much different product than what viewers might initially perceive. What begins as a story about teenagers piloting robots to defeat otherworldly invaders quickly becomes a psychological study of PTSD-riddled teenagers questioning if the world is really worth saving. With all of this occurring in a fictional world rife with religious iconography and commentary on national militarization, it becomes clear why Neon Genesis Evangelion has become such a popular subject of discourse.

to give you all a sense of why Eva discourse can be so maddening:

Evangelion is a 26-episode anime that takes its time. The series intersperses rapid action sequences with long, drawn-out scenes of characters having conversations. This alternative to the shot-reverse-shot method of depicting dialogue greatly increases the show’s visual flow. Releasing Evangelion all at once on a streaming platform that has helped normalize “binging” as a means of consuming media does not seem like an ideal strategy. As anime has enjoyed a mainstream resurgence in recent years, canon classics are sometimes ignored due to how contemporary anime is released. The seasonal release of anime—dozens of series premiering quarterly—causes new shows to periodically spike in popularity. Again, none of this should discourage anime fans from jumping into one of the genre’s true hallmarks.

Viewers should also be aware that the Evangelion available to stream on Netflix is somewhat different than the Evangelion that’s been available through non-official channels for many years. The subtitled version has received a few translation tweaks for localization, but the audio remains the same. These scripting tweaks have already become a lightning rod of scrutiny for die-hards, who are combing through pivotal scenes to see what liberties Netflix’s translators have taken. One new translation in particular seems to downplay the relationship between main characters Shinji Ikari and Kaworu Nagisa, exchanging “I love you” for “I like you.” Many anime fans previously considered this relationship a formative example of queer representation in the genre.

sorry but this is not ok (right is from the new netflix eva script) pic.twitter.com/LehJYFjMng

The new dub, while fine, suffers from the fact that Netflix never approached the original English voice actors to reprise their roles. Staunch critics will dismiss the new dub outright based solely on this decision, but it’s more than serviceable. You can hear the joy and hard work these new voice actors put into a beloved series. Purists will want to stick to the subtitled version, while first-time watchers will be able to enjoy the new dub without feeling nostalgia for the original English-language release.

By far, the most glaring omission from the Netflix release of Evangelion is the show’s outro. In previous releases of Evangelion, each episode was capped with a unique cover of “Fly Me To The Moon.” While not confirmed, it seems that copyright issues prevented this from happening in the U.S. Netflix release. Netflix Japan retains the original outros, and an online petition to reinstate them in the U.S. release has already been made.

Funny thing is, on Japanese Netflix, Fly Me to the Moon's on there. Definitely must be a copyright issue. pic.twitter.com/YTIrRygzZ0

What has allowed Evangelion to prosper for decades and burrow itself in the hearts and minds of fans is the community that forms around analyzing and discussing the series. While Netflix’s release of Evangelion is by no means perfect, the series itself is a masterpiece and a rite of passage for anyone who watches anime. If you have any interest in the genre, Netflix’s release of Neon Genesis Evangelion is required viewing, warts and all.