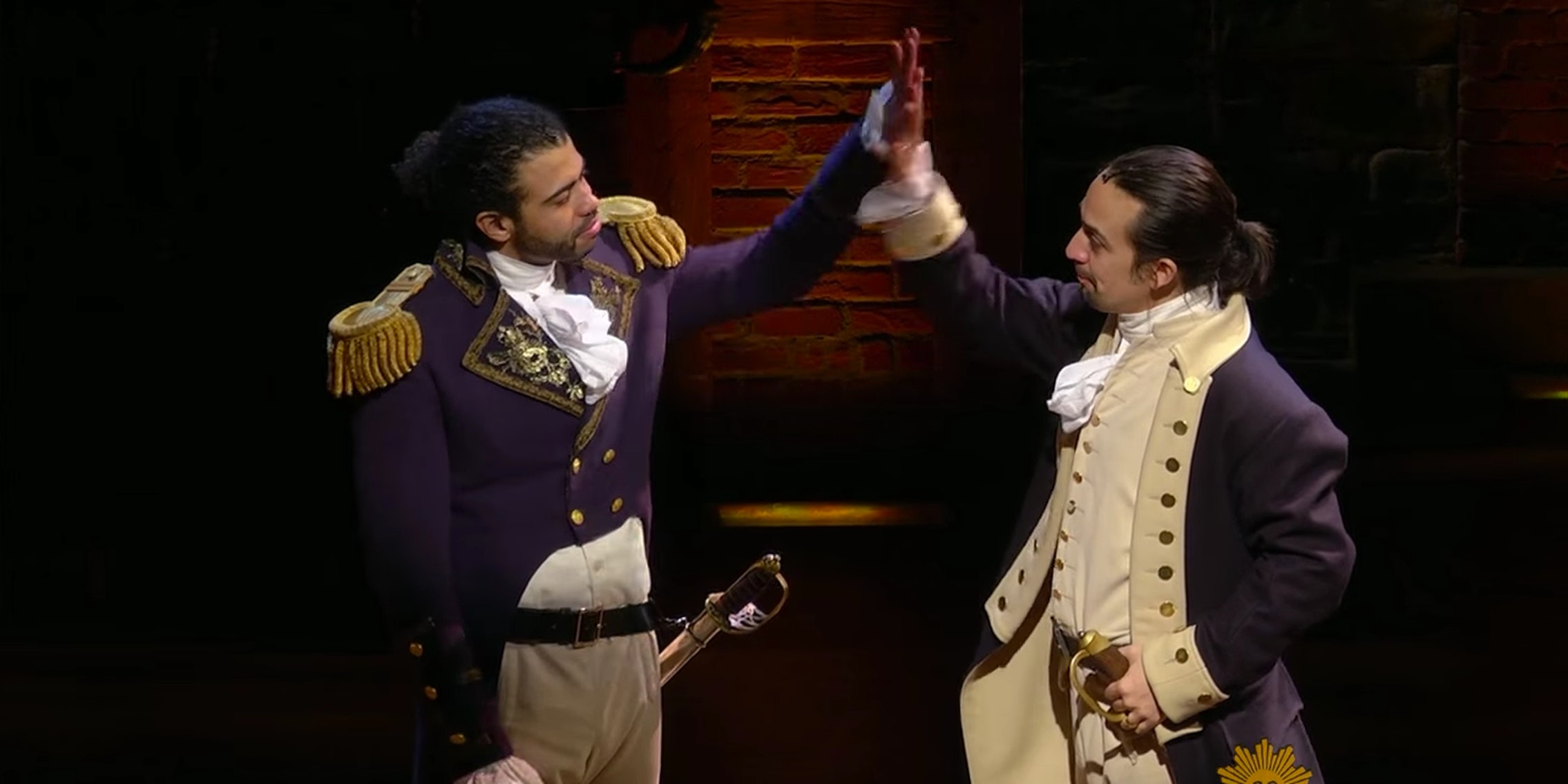 One of them couldn't be more fitting right now.

Last week Lin-Manuel Miranda brought the internet together after launching the pre-order for the Hamilton Mixtape (and releasing two of its songs early). In the aftermath of the election, he’s revealing more of the mixtape in an effort to cheer the world up.

Hamilton fans looked to Miranda for words of comfort earlier this week once Donald Trump won the presidential election (something Miranda himself thought would never happen). And while he offered some of those, he also decided to drop another couple of tracks Friday at midnight—ones which he said “COULD NOT BE MORE TIMELY.”

"This too shall pass."-My mom.
And she's never been wrong about it.

Confirmed: two more #HamiltonMixtape tracks this week.
ONE COULD NOT BE MORE TIMELY. #JustYouWait

Hamilton may be about the Founding Fathers, but for many of its fans it perfectly embodies the immigrant experience, particularly with Alexander Hamilton himself, who was born in poverty in the Caribbean and became influential in forming the country we know today. (Including, yes, the Electoral College.)

During the Act 1 song “Yorktown (The World Turned Upside Down),” the line from Hamilton and Marquis de Lafayette, “Immigrants, we get the job done,” consistently gets huge laughs and applause from the audience in part because of Trump, who pledged to deport undocumented immigrants, build a wall on the southern border, and ban Muslims from entering the U.S. during his presidential campaign.

Given the uneasy state of the U.S. right now, “Immigrants”—an all-star collaboration between K’naan, Snow Tha Product, Riz MC, and Residente—is just what the doctor ordered. To use an overused yet perfectly fitting description, it is straight-up fire.

The songs are available on most major streaming platforms, but a Spotify playlist groups all of them together in one place.

And for those who already can’t wait for the Mixtape, well, we’ve got even more to look forward to.

What, y'all though we'd leave Schuyler Sisters unremixed? Room Where It Happens? One Last Time?
OF COURSE vol. 2!
(Lemme finish vol 1 tho) https://t.co/OE4soxfPLJ