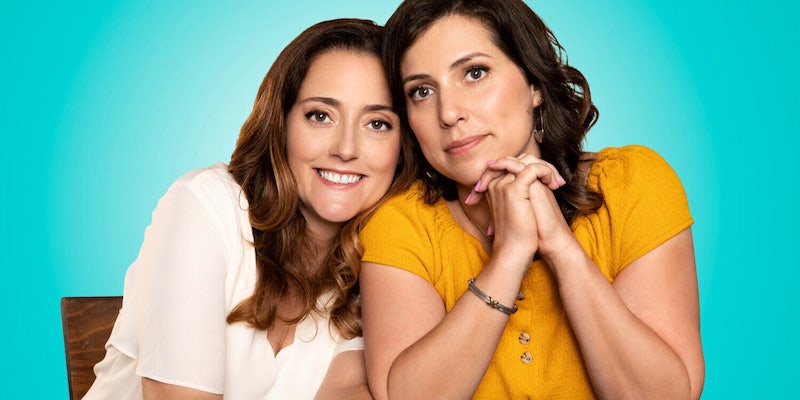 ‘The Wire’ meets ‘Teen Mom’ in the ‘Last Day’ podcast

Harris Wittels wrote for The Sarah Silverman Show and Parks and Recreation. He published a book, acted in hugely popular TV shows, was in a band with Paul Rust, and coined the phrase “humblebrag.” Wittels was also dependent on opioids and heroin, which ultimately led to his death in 2015 at age 30.

Stefano Cordova was thriving in a career selling mergers and acquisitions software for a company called Midaxo USA. He was well-liked and newly married when he died of a fentanyl overdose in 2017 at age 34.

Almost without exception, everyone I know is connected to someone affected by the opioid epidemic. A neighbor in a treatment facility. A brother with a problem. A cousin who passed away last year from an overdose. A discerning person can point to a dozen different reasons for this epidemic, but it doesn’t change that every day 130 people are dying from it. That’s an NFL football stadium full of victims every year.

If that’s not enough of a reason to worry, here’s this: Between 2011 and 2015, overdose deaths in the U.S. from opioids have tripled. By 2014, Americans were more likely to die from an opioid overdose than from a car accident. By 2017, half of all men out of the labor force were taking an opioid. By 2017 life expectancy in the US declined apparently due to in part to opioids.

In a perfect world, someone smarter than me would come up with sweeping policy changes that would make this problem disappear. This won’t happen, but there is a new podcast with a mission to save lives in a different way.

Lemonada Media is a brand-new podcast company from Stephanie Wittels Wachs (Harris Wittel’s sister) and Jessica Cordova Kramer (Stefano Cordova’s sister). The podcast company is launching with an impressive slate of three shows focused on “making life less sucky” and a partnership with Westwood One. Their premiere launches on Wednesday and explores a person’s last day of life; exploring how they got there and how we, as a society, have gotten there. It’s called Last Day.

“The last day concept was us sitting with our producers and talking about how on Oct.22, 2017, my brother was alive and life was OK, and then all of a sudden it was just over,” Cordova Kramer told the Daily Dot. “And that’s why we hone in on this last day concept. It’s like everything changes, and you start revisiting your entire life from day one to try to figure out how the hell this happened, how you got here. We decided we’d zoom in on that last day in order to tell a broader story.”

Many comedy fans are familiar with Harris Wittels, and he brings the celebrity focus to the show—the first episode features interviews with Sarah Silverman and Aziz Ansari. In wonderful contrast, Stefano is presented as an average guy who was also afflicted with a dependency problem. He may have sold software, but he could just as easily have been a line cook, football player, security guard, or world-famous musician. Both men were showered with praise by friends, colleagues, and their families, showing that this epidemic can happen to anyone, and affects everyone.

“I think people listening to this show will start to really re-frame how they think about this addiction and this illness,” said Cordova Kramer.

In the first few episodes of the show, Wittels Wachs explains how the two met and decided to launch the network. Wittels Wachs’ mother couldn’t stop consuming podcasts in the wake of Harris’ death. On a recommendation from her daughter, she became an avid listener of Nora McInerny’s Terrible, Thanks for Asking, a show that digs into the difficult conversations surrounding everyday life, and eventually appeared as a guest to discuss Harris, dragging her daughter with her. Cordova Kramer, who had months earlier lost her brother Stefano to a fentanyl overdose, was listening.

The two connected via email, which soon turned to phone calls, which eventually turned into a business partnership. Wittels Wachs is perfectly suited as host of Last Day as the author of the best-selling book Everything is Horrible and Wonderful: A Tragicomic Memoir of Genius, Heroin, Love and Loss; theater director; voice-over actor; and arts educator. Cordova Kramer is no stranger to podcast production—her day job is as the executive producer of Crooked Media’s Pod Save the People. Prior to this role, she was a Wall Street lawyer who moonlighted on pro bono domestic-violence and refugee cases and has worked for Teach for America and Teach for All.

“On Pod Save the People we’ve been able to actually change and impact state laws, and amplify the issues and news stories and work that people are doing in ways that you really can’t through other forms of media,” said Cordova Kramer. “I think it was an inspiration in terms of the format of what Stephanie and I wanted to do.”

Pod Save the People has affected federal legislation, too. That’s just what the genre can do nowadays; it recalls every instance where a true-crime podcast affected real-world change, or when Elon Musk smoked pot on Joe Rogan’s podcast and the Tesla stock dropped, or when there was a resurgence in Dungeons & Dragons because of Critical Role and The Adventure Zone, or when the McElroy brothers campaigned their way into Trolls 2. Seriously, there are dozens of instances of cold cases being solved because of podcasts.

“I want to save lives,” said Wittels Wachs. “Like truly, I mean that sounds lofty, but I’m serious. I mean like I don’t want people to die anymore. I think Jess is on the same page. I don’t think that we are trying to say that we have the cure-all because there’s no silver bullet for this. But if we can put in one place, all of the things that need to change, then maybe we can change them.”

Pulling from the Crooked Media tool kit, the pair intend on mixing several audio formats and tackling several angles during the 25-episode season; narratives that dig into the issues and their repercussions, deep-dives with policymakers, harm reductionists, addiction medicine doctors, behavioral psychologists, pharmacologists, community leaders, ER doctors, treatment centers, and live town hall events. They intend on visiting treatment centers to talk to them about what they’re doing. Anything that they think will equip listeners with the information they need to help us all dig out of this mess.

“That’s not enough to be like The Wire,” Cordova Kramer added. “I wanted it to be like Teen Mom. So now I’m saying The Wire meets Teen Mom. Because Teen Mom had a huge impact on teen pregnancy over the last decade. Those are the kind of outcomes from The Wire, the storytelling, And Teen Mom is the impact.”

The show is both therapeutic and story-driven; a series about consequences that provides solutions. It’s a podcast with action items that also fundamentally entertains.

“We don’t think that we are going to finish the show and have the cure for the opiate crisis because it’s so systemic and there’s so many different parts that have to change,” said Wittels Wachs. “But I do feel I am learning so much. I have said so many times, I wish I would’ve had the show when my brother was alive because I kept saying what do I do? How do I help him? I don’t feel like I’m helping him. I don’t know. I don’t know. Who do I go to? What do I do? This show, I think, can be a resource in that way for people.”

Season 1 of Last Day will focus specifically on the opioid epidemic, but season 2 will tackle something unrelated.

“Each season of the show will focus on a major epidemic, trying to deconstruct these major epidemics where the numbers are so staggering… really trying to understand that these things that are causing many, many people to die,” said Cordova Kramer.

It seems natural in hindsight that these kinds of stories would best be served by audio. Podcasts provide a direct line to the listener, judgment-free. When life gives you lemons, make podcasts.

Jeff Umbro runs the Podglomerate, a podcast network, and production company, and hosts his own podcast interviewing creatives about the one story they’ve always struggled to tell. Follow him on Twitter.