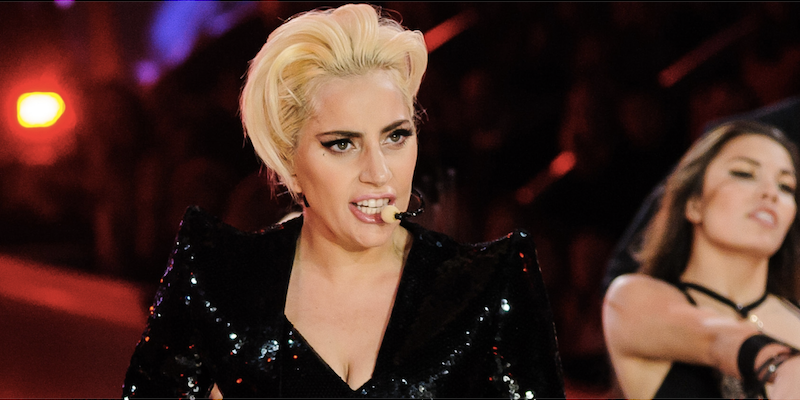 Do you think she's onto something?

Lin-Manuel Miranda dominated headlines today for condemning President Donald Trump “straight to hell” for his criticism of Puerto Rico’s mayor and for his lack of response after Hurricane Maria, but another celebrity may have cracked the case.

According to Lady Gaga’s Saturday morning tweet, the pop singer is pretty sure Trump’s logic for which areas to help boils down to simple arithmetic.

As Trump has stated many (many) times, he won the 2016 election with 304 electoral votes to Hillary Clinton’s 227, despite him losing the popular vote by almost 3 million. Though Trump had previously criticized the Electoral College as a flawed system and a “disaster for democracy,” he came around after taking the 2016 election.

Now, Gaga speculates, he’s letting that math dictate his re-election campaign strategy, three years early. She specifically calls out the electoral votes of Texas and Florida, which were struck by hurricanes Harvey and Irma in the weeks preceding Maria’s direct hit of the U.S. territory of Puerto Rico. (Residents of Puerto Rico do not vote in presidential elections, nor are they represented in Congress.)

Gaga’s distrust of Trump is not coming out of left field: The pop star campaigned for Clinton right up through Election Day, and many speculated her Super Bowl 51 half-time performance, which came just weeks after Trump’s inauguration, was a thinly veiled protest.