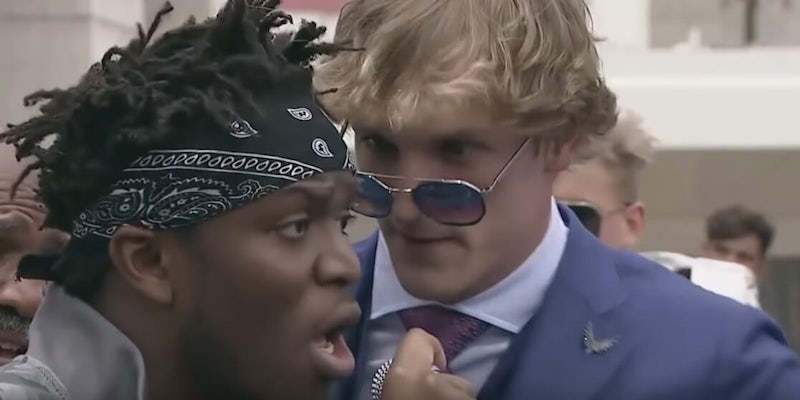 Justin Bieber weighs in on fight of the century, Logan Paul vs. KSI II

KSI isn't taking it lying down.

“Fuck you, Justin,” KSI said when asked by TMZ for his comments about Bieber’s backing of his YouTube rival. “Fucking suck on my dick.”

Last month, Paul, who had a controversial draw with KSI in their first fight last year but who’s still a betting favorite in their rematch that will be streamed exclusively on DAZN, posted the #KSILoganPaul2 hashtag to his Instagram page last month. Bieber responded by saying “Rip his head off.”

After a raucous and raunchy press conference last month to announce the Nov. 9 fight card—which also includes super middleweight world titlist Billy Joe Saunders and rising star Devin Haney on the undercard—it was announced this week that a second press conference will be held in London on Monday.