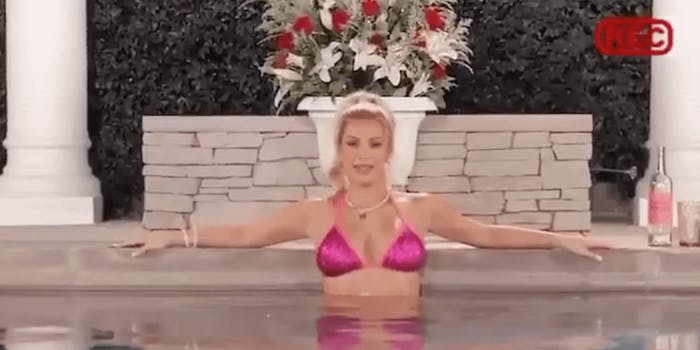 Kardashian took on the character of Elle Woods and recreated the iconic Harvard Law application video.

Elle Woods, played by Reese Witherspoon, submitted a risky video for her Harvard Law application in the 2001 movie. In an Instagram video posted on Halloween, Kardashian took on the character of Woods and recreated the video.

And the rendition is spot on, from the pink bathing suit to the Days of Our Lives quote.

Just like Woods, Kardashian plans to become a lawyer. In April, Kardashian told Vogue that she intends to take the bar exam in 2022. Kardashian also follows her father’s legacy in studying criminal justice. Robert Kardashian was known for defending convicted felon O.J. Simpson.

After revealing her future plans to have a career in the field, Kardashian was mocked, with many drawing comparisons to the Legally Blonde character–which probably served as the inspiration for Kardashian’s Halloween recreation.

Witherspoon has not yet publicly responded to Kardashian’s 2019 rendition.