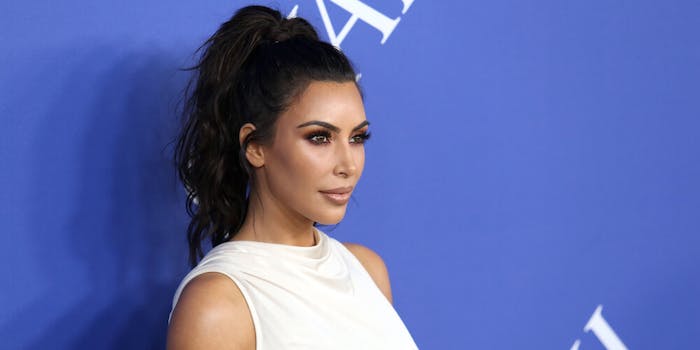 iHandy claims it didn't know she was in the photo.

They say a picture is worth a thousand words. But to reality TV star Kim Kardashian, one picture of her face is worth $10 million.

Kardashian is suing Chinese makeup app iHandy for allegedly using her picture for promotional purposes, TMZ reports. The app apparently used one of Kardashian’s photos in an Instagram ad, and Kardashian wants $10 million in compensation for licensing and using her likeness.

Kardashian claims the beauty enhancement app used a photo that she posted on Instagram in 2017 to promote her own KKW beauty line.

According to the filing, iHandy says it didn’t know the photo was of Kardashian.

“[The] defendant claim[s], absurdly … that they didn’t know that the unlicensed, unauthorized photo they knowingly stole and misappropriated was that of [Kim Kardashian West] … one of the most famous and recognizable women in the world,” the lawsuit states.

Kardashian’s lawyers, however, wrote that she “does not use, like, nor endorse” iHandy.

It’s not the first time the mega-influencer has sued over the use of her image. In February, Kardashian issued a $10 million lawsuit against fashion brand Missguided for using her likeness for sales. The court awarded her $2.7 million in July.