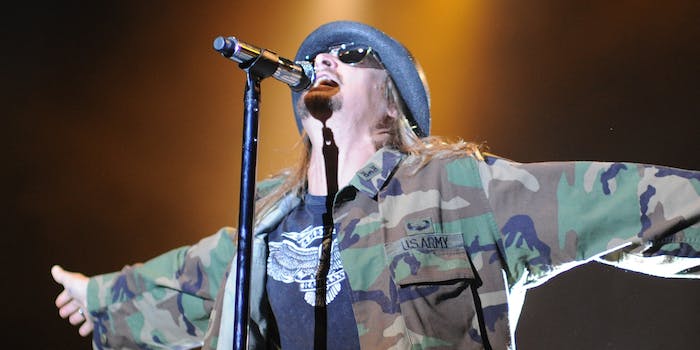 'I'll bet you he would generate as much excitement as Trump did.'

Kid Rock has been floated as a possible candidate for Senate.

According to Billboard, the 46-year-old singer behind hits such as “Bawitdaba” and “American Badass” was mentioned as a possible replacement for Michigan Democrat Debbie Stabenow’s seat at a Michigan Republican Party convention last weekend. According to the Detroit Free Press, his name was dropped by Wes Nakagiri, a Tea Party activist recently elected to the Michigan Republican party’s committee.

“I’ll bet you he would generate as much excitement as Trump did,” he told the paper, citing Trump’s victory as a “template” for the singer’s potential run.

If Kid Rock runs as Republican Senator from Michigan Eminem should run against him as a Democrat and the debates should be freestyle.

Kid Rock, real name Robert Ritchie, has never served a political office, but he does sell “Make America Badass Again” hats on his website, as well as this shirt: 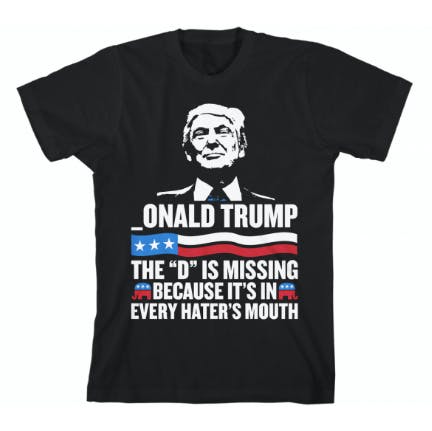 Kid Rock has not given an official response, but he is a celebrity and a meme.

In 2015, Kid Rock penned an op-ed for the Guardian in which he held forth on his political views (“As an ordained minister I don’t look forward to marrying gay people, but I’m not opposed to it”) and revealed that he owns a Civil War cannon. In 2013, he called Republican lawmakers “dumbasses,” but also showed support for Mitt Romney in 2012, as well as “Herm— uh, the black guy… Ben Carson.”