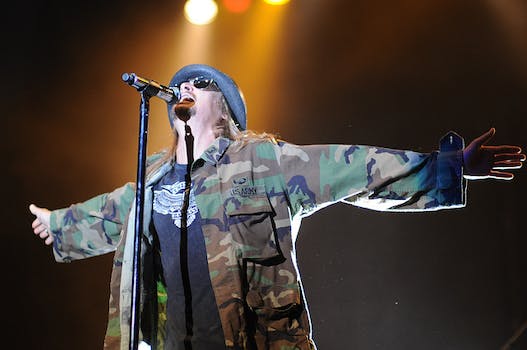 Kid Rock on rap-rock’s legacy: ‘It turned out to be pretty gay’

Kid Rock has a new album out next month, First Kiss, and the musician recently penned an op-ed for The Guardian that offers readers a little insight into his life.

It’s a riveting, illuminating piece, one that sheds light on why he doesn’t “FaceTweet or whatever people do.”

“Rap-rock was what people wanted at the time, and they still love those songs at shows. But it turned into a lot of bullshit and it turned out to be pretty gay… If someone says you can’t say ‘gay’ like that you tell them to go fuck themselves. You’re not going to get anything politically correct out of me.”

On his burgeoning armory:

“I’m always buying more guns. I have everything from a Civil War cannon to an MP5 machine gun and old police guns. If someone invades your house, yeah, you can shoot them. I don’t think crazy people should have guns.”

On his family tree:

“I’m 43 and about to become a grandfather, but it keeps my redneck street cred up. I could be a great-great-great-grandfather by the time I’m 80. I am excited, but also nervous for my son. He was dropped on my doorstep at six months when I had no money and was trying to be a rock star. I didn’t have a clue.”

“I don’t smoke much weed, it makes me dumb. But they should legalise and tax everything: pot, cocaine, heroin. Has it not been proven that people will always find a way to get what they want?”

On just about every major social issue imaginable:

“I am definitely a Republican on fiscal issues and the military, but I lean to the middle on social issues. I am no fan of abortion, but it’s not up to a man to tell a woman what to do. As an ordained minister I don’t look forward to marrying gay people, but I’m not opposed to it.”