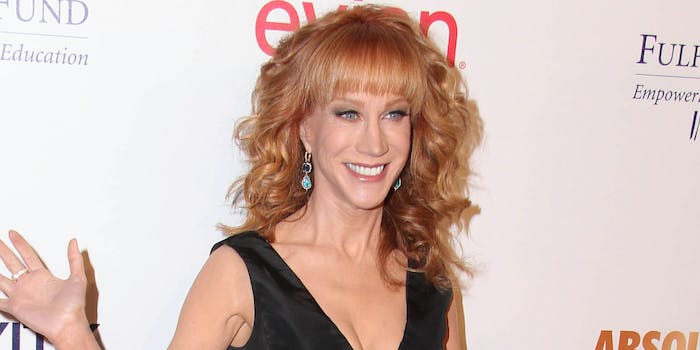 The comedian says she's 'finally' exonerated, and did not go to jail.

It’s been a weird summer for Kathy Griffin.

In late May, the comedian posted a photo of a beheaded President Donald Trump, and the outrage was swift. She was let go by CNN and claims she was bullied by the Trump family.

Griffin later claimed that she was under investigation though it’s not clear what exactly that entailed. On Friday, she tweeted that she’s “no longer under federal investigation” and that she has been “completely exonerated.” We’ve reached out for comment.

The AP also clarified reports from two right-wing sites that claimed Griffin had been jailed for the photo.

TODAY. The @AP has to clarify. I am no longer under federal investigation. The case is closed, I have been completely exonerated. Finally. pic.twitter.com/1AGZ0dCMDN

In non-Trump news, Griffin recently shaved her head in solidarity with her sister, who is going through chemo.