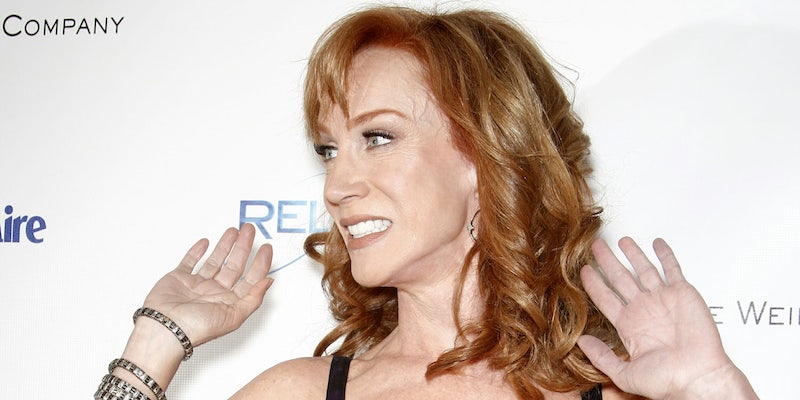 The response was swift after many on-air CNN mainstays condemned her art project.

She’s co-hosted the special for CNN since 2007.

Griffin on Tuesday posted a video, recorded during a shoot with photographer Tyler Shields, in which she hoists President Donald Trump‘s bloody, decapitated head. She apologized for the project Tuesday evening via social media.

CNN has terminated our agreement with Kathy Griffin to appear on our New Year's Eve program.

For the record, I am appalled by the photo shoot Kathy Griffin took part in. It is clearly disgusting and completely inappropriate.

The president said that Griffin “should be ashamed of herself” via Twitter.

Griffin’s gesture has been seen by her critics as a peak example of Hollywood’s out-of-step worldview relative to the rest of the country. Right-wing blogs have led the outcry online. Sen. Al Franken (D-Minn.) called the art project a “horrible mistake,” but as of this writing, the lawmaker is slated to appear with Griffin on July 7 at the Wallis Annenberg Center for the Performing Arts in Los Angeles.