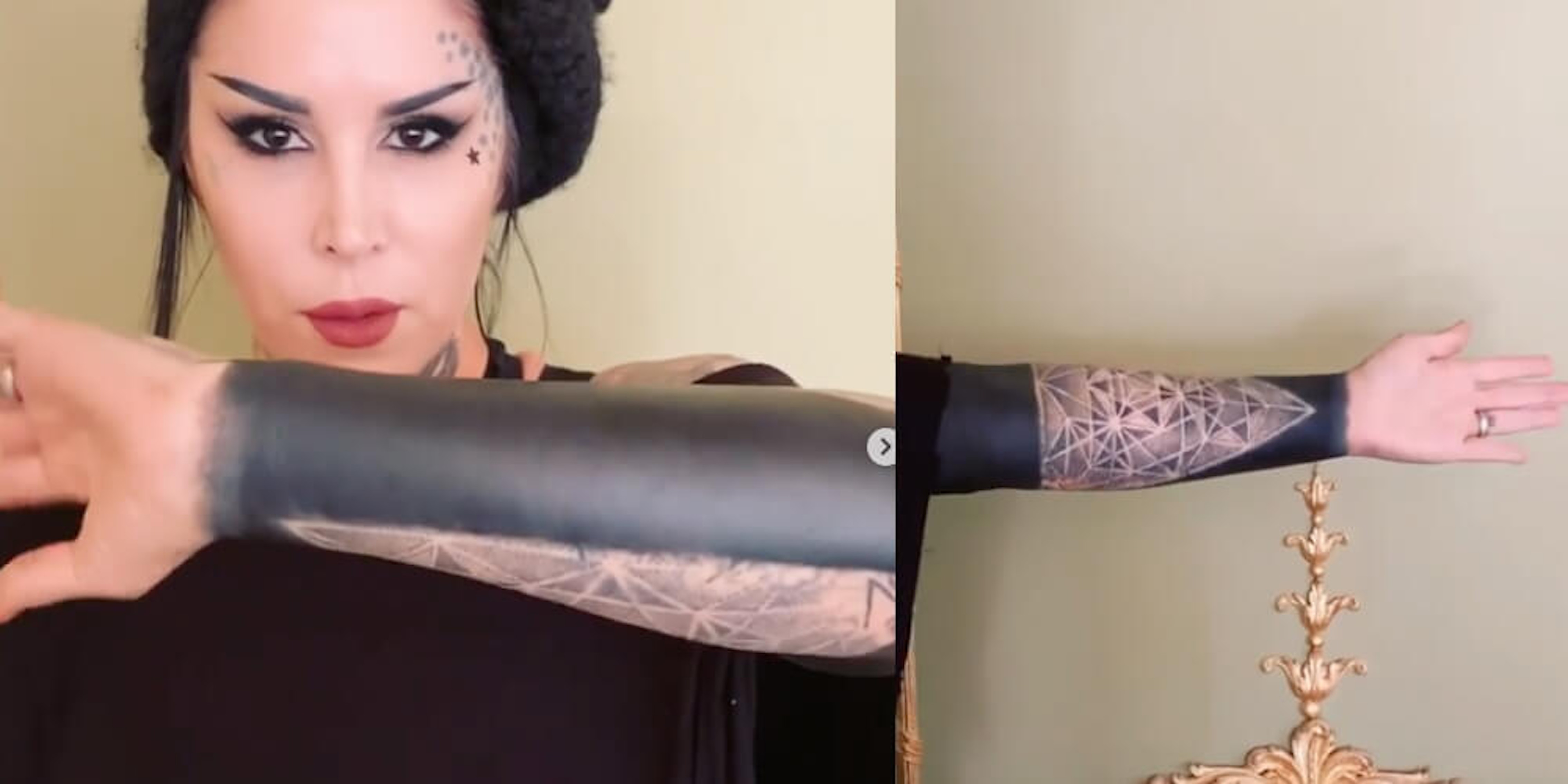 'Looks like an arm was dipped in a can of paint.'

Beauty is in the eye of the Instagram commenter.

Tattoo maven and beauty mogul Kat Von D debuted new ink on Instagram this week, and many of her followers were not feeling it.

The star of shows like Miami Ink and L.A. Ink may have parlayed her reality TV fame into a makeup line and a massive storefront in Hollywood, but that doesn’t mean she is immune to criticism (ironic considering she is an anti-vaxxer).

On Monday, Von D debuted her new blackout tattoo, a style of tat where the entire piece is filled in with solid black ink, in an Instagram video.

She captioned the post, “I’m so in love with my new blacked out arm tattooed by @hoode215! Can’t believe it only took him 1.5 hours – and it’s the most consistent, true black I have ever seen!”

The video drew over 4,500 comments–and while many of them were positive, some were critical.

“For a tattoo artist and someone with so much artistic skill, this seems…well it’s just terrible. I’ll say it. And people talking like it’s such an artistic expression…is it. Looks like an arm was dipped in a can of paint,” read one comment.

“That looks absolutely horrendous,” said another.

Like the ink on her arm, the negative comments seemed to get under her skin. Von D followed up with another post on Wednesday, accompanied by a long caption defending her tattoo and speaking to art in general.

“No, it doesn’t matter that you don’t like the way my arm looks. To each their own … No, this isn’t a lazy attempt at a coverup. It actually takes an extremely skilled artist that specializes in blacking out tattoos,” a portion of her lengthy caption reads. “Before you label something ‘ugly’ or ‘horrible’ try to remember that beauty is subjective. Your idea of a dream tattoo, might be someone else’s idea of a nightmare.”

Whatever you think of Von D’s blackout tattoo, she has certainly turned it into a teachable moment.