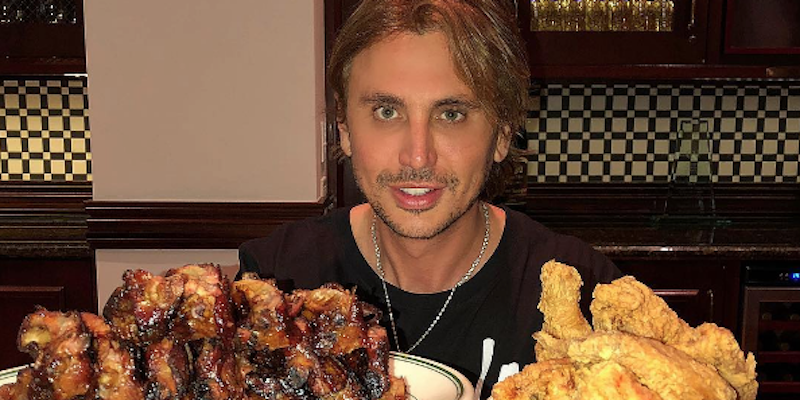 Jonathan Cheban is changing his legal name to ‘foodgod’

It’s been a big week for celebrity name changes.

First, Diddy announced he’d prefer to be called Brother Love, and now Jonathan Cheban wants to switch things up too. The TV personality (and longtime Kardashian best friend) announced Tuesday morning that he plans to legally change his name to “foodgod.”

Cheban has been blogging about culinary trends for years, but his brand seemed to really take off after Kanye West apparently gave him his catchy nickname.

In a statement to Page Six, Cheban said foodgod has taken off like wildfire, and he’s hoping it will eclipse his association with TV’s most famous family of reality stars: “Everyone calls me foodgod; scream it in the streets and run up to me in restaurants, and I want people calling me foodgod when they write about me — not Jonathan or ‘BFF.’”

Our Tuna Poke Wonton #Tacos were named on @foodgod's list of the "20 Tastiest (and craziest!) Tacos In America!" https://t.co/I2l6pPRKCh pic.twitter.com/6Dbd0SB8RK

There is nothing that I️ want more than to have a food tour with the @foodgod !!! #KUWTK #feedme