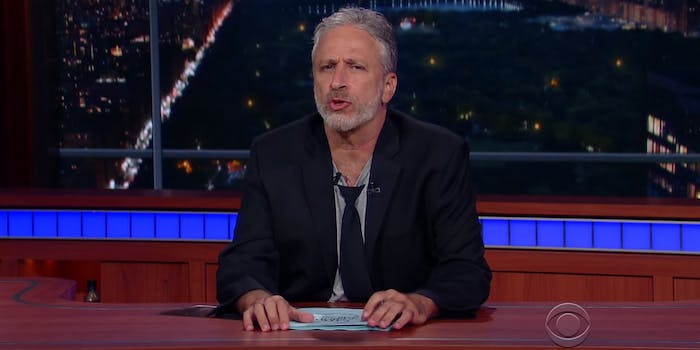 You didn’t think that Jon Stewart would only appear alongside Stephen Colbert on The Late Show just once this week, did you?

After his cameo on Monday night’s episode to help resurrect the “Stephen Colbert” character—they’re living together now, which is really nice—Stewart returned to true form for an old-fashioned bout of evisceration. He’s probably seen just how little of an effect late-night political comedy has had since he left (and probably even while he still ruled The Daily Show during Donald Trump’s first months on the campaign trail), so he came out anyway, took over Colbert’s desk, and and took down some of his favorite punching bags. It’s as satisfying as ever for longtime Daily Show fans as you’d expect.

The Daily Show lives on without Stewart and a few late-night hosts have since taken up Stewart’s mantle on their own shows, but there’s nothing like the original.