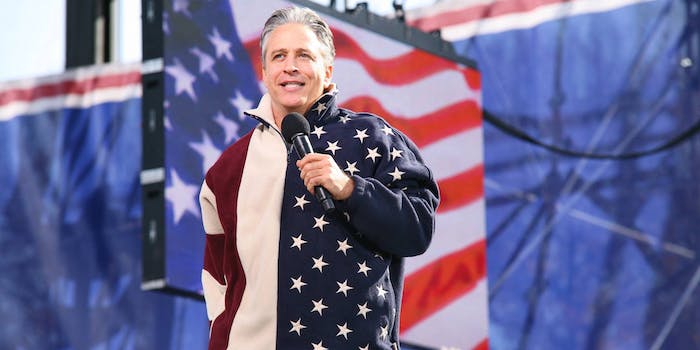 It’s been almost a year since Jon Stewart left the Daily Show, and America still hasn’t recovered. And The Late Show With Stephen Colbert gives us our Colbert fix, but it’s just not the same as it was on Comedy Central. Could Monday night’s show take us back to those heady days of late 2014?

Vulture reports that Stewart will make an appearance on the Late Show to kick off coverage of the Republican and Democratic National Conventions. Colbert has also suggested his Colbert Report character will be making a comeback.

I'm so excited for Monday's @colbertlateshow episode. I MISS JON STEWART!!! I miss the Stewart/Colbert tandem :(((

Do we dare get our hopes up? They say you can never go home again. It could be hilarious, but by building it up, we could become the architects of our own misery. Either way, we’ll be over here hoping for an “Even Stevphen” reunion.