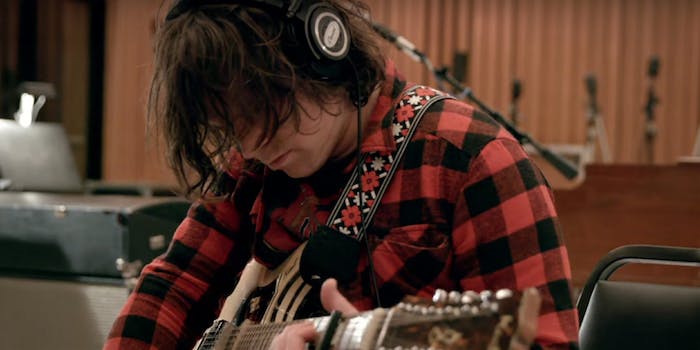 After the New York Times published multiple allegations of abuse, harassment, and misconduct against musician Ryan Adams on Wednesday, the FBI has reportedly opened an inquiry into Adams’ relationship with a minor.

While seven women, including ex-wife Mandy Moore, recounted their experiences with Adams, the relationship he had with an aspiring musician named Ava is the one authorities are looking into. Ava was reportedly 14 when she and Adams started communicating, first via Twitter messages and then text messages. The Times reviewed 3,217 texts between the two, from when Ava was 15 and 16— messages that became more sexually explicit as time went on. Adams often asked Ava to prove she was 18 or show ID. During a Skype chat, Ava recalled Adams was already naked when she signed on.

Speaking your truth can be painful and triggering but it’s always worth it. My heart is with all women who have suffered any sort of trauma or abuse. You are seen and heard. #sisterhoodforever

According to the New York Times, the investigation is still in its early stages, but agents from the FBI’s Crimes Against Children task force will interview Ava, now 20, and seek out any evidence she might have, as well as potentially interview family and friends. That could potentially lead to a subpoena of phone records from her and Adams.

Adams has denied the allegations, saying in a statement:”To anyone I have ever hurt, however unintentionally, I apologize deeply and unreservedly. But the picture that this article paints is upsettingly inaccurate.” Adams’ upcoming album, which was set for April release, has reportedly been pulled.

But the picture that this article paints is upsettingly inaccurate. Some of its details are misrepresented; some are exaggerated; some are outright false. I would never have inappropriate interactions with someone I thought was underage. Period.