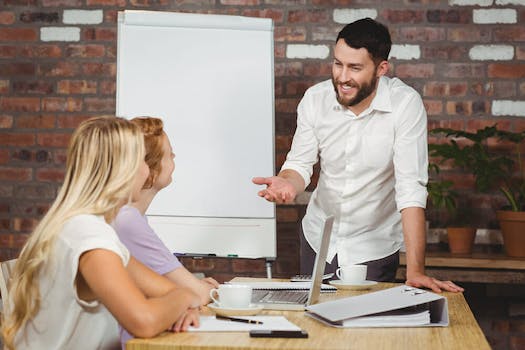 This woman made the best mansplaining chart of all time

Well actually, it's more of a diagram.

Ladies, we’ve all been here before. Maybe a man overhears you talking about something with a friend and decides to pop in with some unsolicited advice. Maybe you retweeted something or wrote a helpful thread on your experience on a certain topic, only to be met with a throng of male Twitter users offering corrections and suggestions that you never asked for. It’s called mansplaining, and it’s unfortunately a part of everyday life for many of us.

It’s not always on purpose. It’s not always meant with ill intent. But it does tend to happen more often than it should, especially in the workplace and especially when men work alongside female colleagues who just don’t need a topic they’re deeply familiar with explained to them.

Unfortunately, many still don’t quite understand the concept of mansplaining or how offering unsolicited advice could be damaging or frustrating for women. That’s why one woman stepped forward with a genuine desire to help.

Kim Goodwin—the author of Designing for the Digital Age, as well as a consultant and executive—designed a flow chart to help her male colleagues understand whether or not the behavior they’re exhibiting is mansplaining. Finally, we’ve got the definitive tool to help men figure out if what they’re doing or saying fits into that category.

I have had more than one male colleague sincerely ask whether a certain behavior is mansplaining. Since apparently this is hard to figure out, I made one of them a chart. pic.twitter.com/7DZ1RTrB3R

Similar charts have circulated before, but it looks like Goodwin really nailed it with this one.

People are really loving it. And they should, because it’s genius. And useful!

This is beyond awesome! Thanks for your contribution to society. And I want to apologize preemptively for all the mansplaining I’ve done to you over the years.

1) I love this chart.
2) I love charts, so I'm biased.
3) This is part of why I start *literally everyone* off with "I don't know what your skill level is, so until we've established a working relationship I'm going to assume X? Please do the same for me."

Some were appreciative that Goodwin took the time to create the chart and genuinely wanted to learn more about bettering their communication with female colleagues—and women in general.

I've got a lot to learn and unlearn. Thanks for taking a minute to explain more and fill it out for me. I understood some before but more now and that's helpful.

Some were just heretofore afraid to ask for further clarification.

I’ve wondered about this, but have been afraid to ask

Of course, Goodwin’s mentions were still rife with contrarians—and mansplaining itself. But she took on much of the criticism with steady, amiable explanations.

I am sure that does happen. I am talking about the professional context, where women encounter this sort of thing repeatedly.

We salute you, Goodwin, and we thank you for breaking mansplaining all down in terms that anyone is able to understand. Yes, anyone. Even us women.