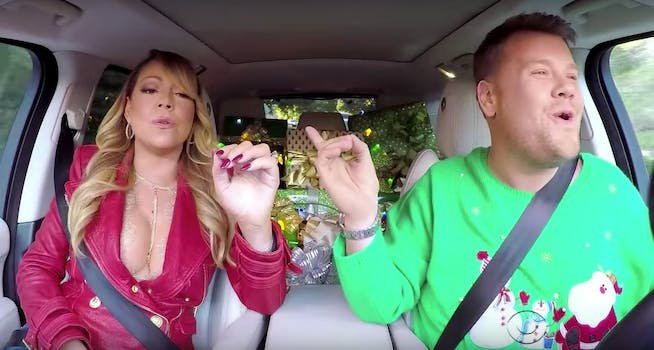 Photo via The Late Late Show with James Corden/YouTube

All of your favorite stars are here.

It’s nearly impossible to go through an entire holiday season without hearing the Mariah Carey classic “All I Want for Christmas is You” ad nauseum, but at least James Corden is wrapping a giant bow of all-star vocals on his own version of it.

Corden and Carey kick off an especially festive “Carpool Karaoke” segment by devoting it not to one person’s discography but rather one song. So while we hear them belt it out, Corden gets some help on the rest of the song. Adele, Lady Gaga, Selena Gomez, Elton John, Chris Martin, Gwen Stefani, Demi Lovato and Nick Jonas, and even the Red Hot Chili Peppers join in on the fun—filmed throughout the year during their own respective Carpool Karaoke sessions—to great effect.

This, this is what we wanted for Christmas. Spot-on.