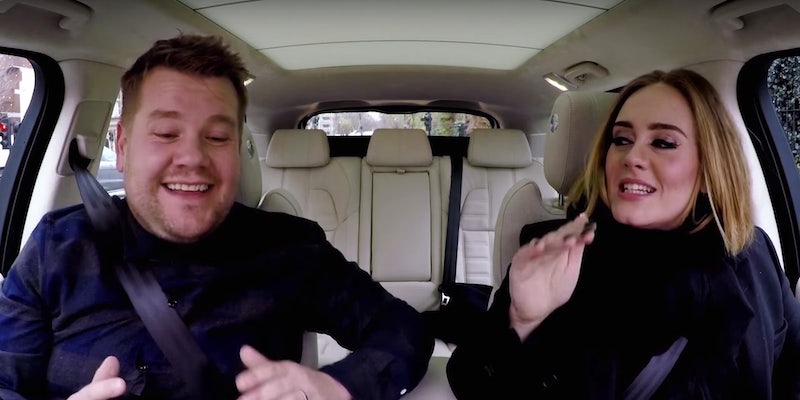 Adele belts out her hits, the Spice Girls, and Nicki Minaj in Carpool Karaoke

It's just as great as you imagined.

James Corden went home to London for the holidays and spent some time belting out tunes with his friend Adele, proving that he may have had the best Christmas of any of us.

While “Carpool Karaoke” is a staple on The Late Late Show, the guests Corden brings with him on his commute guarantee that the segment never gets stale. Adele belts out some of her most famous songs with ease, but even she’s surprised at how well she and Corden harmonize together in between snippets of her semi-normal life.

She nails “Hello” and “Someone Like You,” but just wait until she starts singing the Spice Girls and rapping Nicki Minaj’s “Monster.”