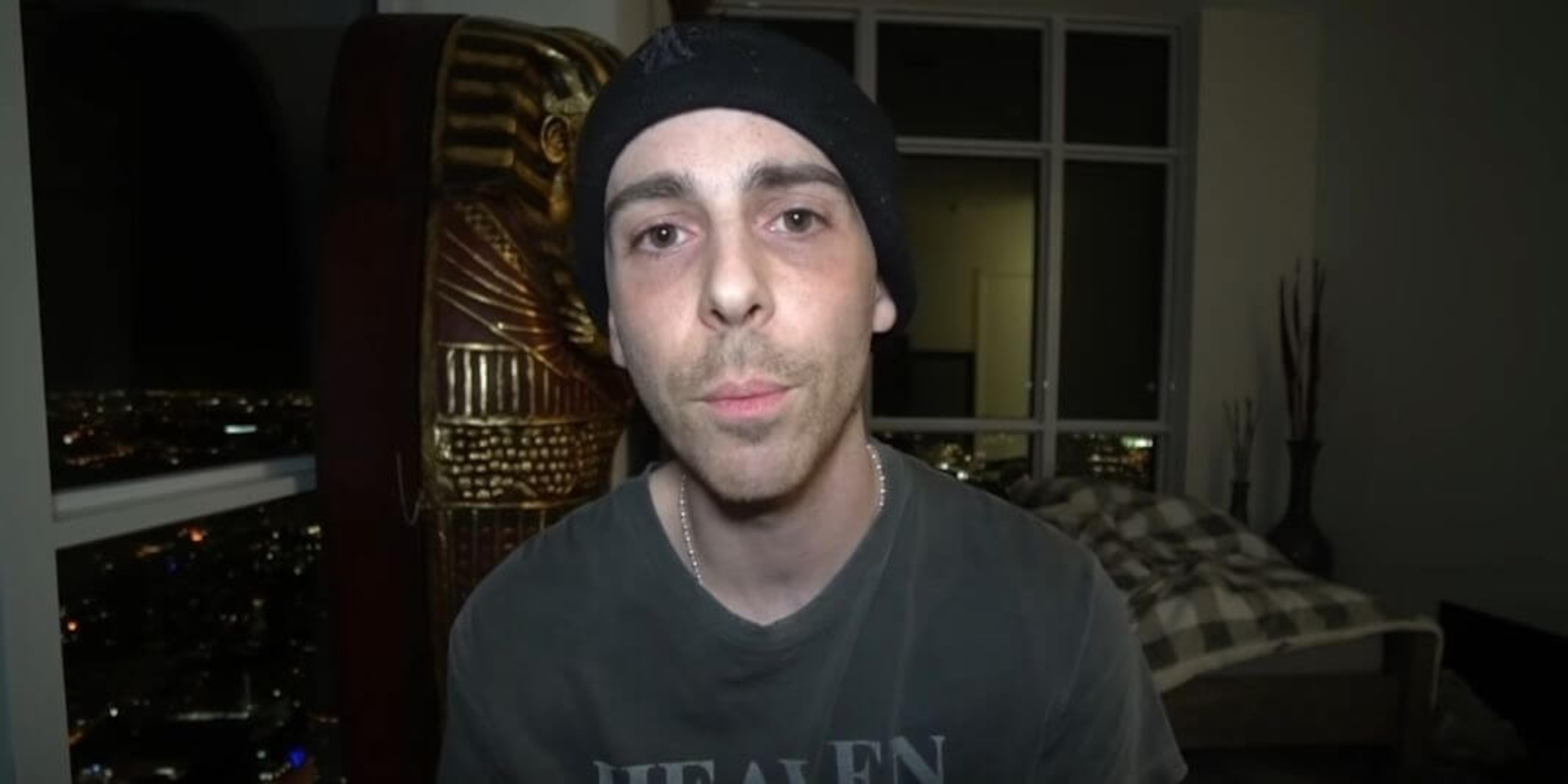 Controversial vlogger ImJayStation who most recently made waves for faking his girlfriend’s death and subsequently getting arrested on assault charges has had his channel demonetized by YouTube, according to TubeFilter.

ImJayStation, whose real name is Jason Ethier, posted a video titled “Goodbye” on his channel last Friday in which he said he was taking a break from YouTube so he could “figure out who I am” and so he could stop having such a negative influence on the platform.

“I’ve done a lot of stupid things in my life and a lot of stupid things for attention on YouTube,” Ethier, who has 5.5 million YouTube subscribers, said in his video. “I’m really not proud of who I became. I really lost who I was as a person in pursuit of success. I’m just not proud of that anymore. I really don’t know who I am anymore. I need to take a break from YouTube. I just need to stop all social media. I really just need to take some time to figure out who I am.”

Turns out, he’s not making money on his channel anyway. YouTube told TubeFilter that it had demonetized his channel last week.

Ethier has riled up controversy in the past several years, mostly for infamously exploiting the deaths of celebrities with his fake paranormal vlogs. But he found himself in trouble again when he faked the death of his girlfriend, Alexia, for more pageviews and subscribers. He later admitted it was a hoax, but she broke up with him and accused him of physical abuse and he was arrested on two counts of assault earlier this month.

That apparently is what led to YouTube’s decision, citing its policy that it can punish a creator if they are harming the YouTube community in general with their actions and videos. YouTube created that policy in the wake of the Logan Paul Japanese suicide forest video because the site has “a responsibility to protect the entire community of creators, viewers, and advertisers from these rare but often damaging situations.”

Ethier said he was thankful YouTube didn’t delete his channel altogether, and he reportedly will have the chance to regain his ability to make money on his videos at some point in the future.

But it sounds like Ethier, who said he regrets the way he used “somebody’s tragedy for an opportunity,” isn’t worried about his YouTube career right now.

“Could be a week, could be a month, could be a year,” Ethier said, explaining that the doesn’t know how long his hiatus will last. “I don’t know. I just need to do some things in my private life that are really going to bring me back down to earth.”