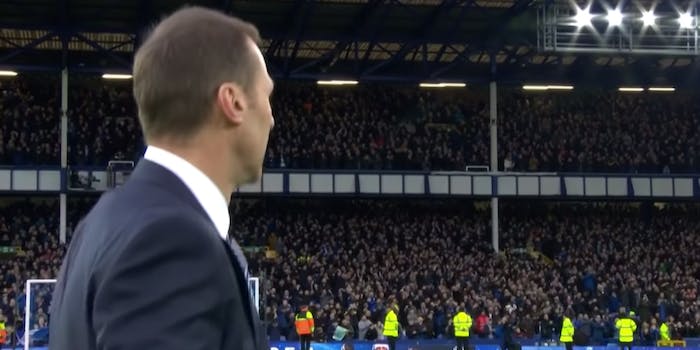 How to watch Manchester United vs. Everton live

United and Everton are both teams having good weeks after some notably bad ones.

Manchester United, along with fellow player turned manager Ole Gunnar Solskjaer, has surged back up into 5th place after a victory in the blue half of Manchester in last weekend’s derby.

Here’s everything you need to know to stream Manchester United vs. Everton live.

Manchester United (recent form: WWWDL) has newfound hope after the impressive 2-1 win at the Etihad last Saturday, and then won its Europa League group in midweek. United is back in great position to salvage a poor start to the season, on a five-match league unbeaten streak and sitting just five points back of fourth-place Chelsae. A win here would be solidifying for the Red Devils. But this contest will be hotly contested, with both sides expected to play aggressive and direct.

Everton (recent form: WLLLW) has gone from a club in crisis to a club taking its time down memory lane in the span of a few weeks. Big Duncan Ferguson has translated his intense and powerful playing style into a somewhat organized chaos, a tactic that caught Chelsea by surprise and took control of the game from kickoff. Now, with a bit more time to work with his players, Dunc will need to have a credible Plan B, since a blood-and-thunder approach will be more difficult playing away from home.