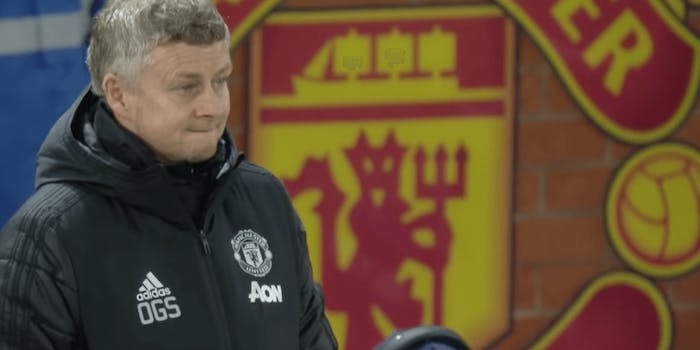 How to watch Man United vs. Norwich City live online

Manchester United needs to bounce back after a 3-1 embarrassment against Manchester City in the Carabao Cup on Tuesday.

The Red Devils need to bounce back after a 3-1 embarrassment against Manchester City in the Carabao Cup on Tuesday. As rumors swirl about a Bruno Fernandes signing and an Ashley Young sale, manager Ole Gunnar Solskjaer has Man United in fifth, only five points out of the top four.

Norwich City is No. 20 with 14 points, but the Canaries did beat defending champions Man City in the league earlier this season.

Here’s everything you need to know to stream Man United vs. Norwich City live.

Man United (recent form: LDLWW) this season has been a difficult team to define, with average performances against mediocre teams mixed with emphatic wins against top-six rivals. The three summer signings have been a success, and Solskjaer has managed to get a majority of the fanbase behind him. The Red Devils are still in the top-four race and alive in both domestic cups, but being 27 points behind the leaders is a foreign position for Man United.

Norwich City (recent form: WDDLL) was everybody’s darling in August, when the club looked lively while losing 4-1 to Liverpool and Teemu Pukki became a cult hero after the promoted side beat Manchester City. Six points in five games seemed like an OK start, but it turned out to be the highlight of the season, as the Canaries have just eight points in the 16 games since. Norwich City is dead last, seven points behind safety, and there is no better time to start winning than the present.